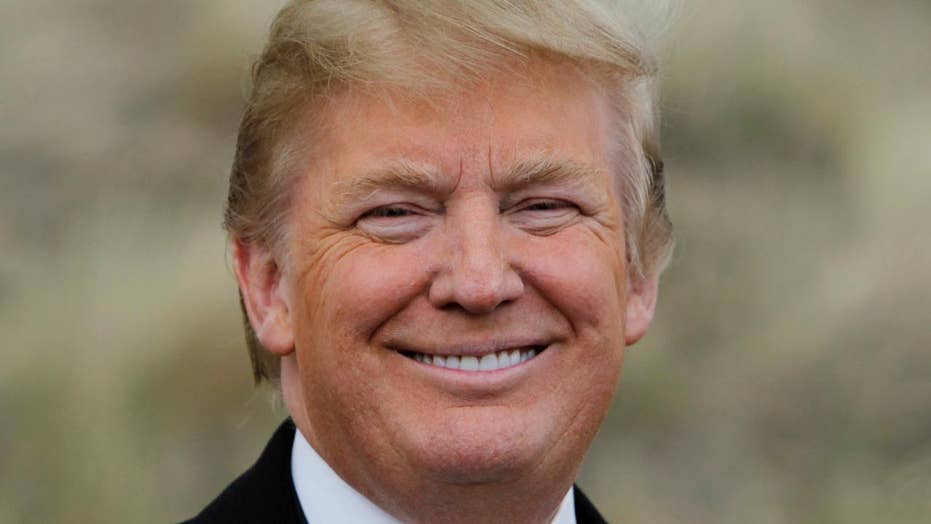 President-elect Donald Trump will be dining on delicacies from both coasts just after taking the oath of office Friday.

On Tuesday, the Joint Congressional Committee on Inaugural Ceremonies released the official menu for Trump's inaugural luncheon and it's quite the savory spread.

The three-course meal begins with a Maine lobster and shrimp dish in a  saffron sauce and peanut crumble; a second course of beef (most likely well-done) with a dark chocolate, juniper jus and a potato gratin side. For dessert, diners will be enjoying a chocolate soufflé with a cherry vanilla ice cream.

CAN YOU REALLY BUY TRUMP STEAKS? THE REAL DEAL WITH TRUMP'S FOOD EMPIRE

Though Trump doesn't drink alcohol, all courses will be served with California wines-- but no food products or wines from Trump's culinary empire are on the official luncheon list.

Trump and Vice President-elect Mike Pence will attend the traditional inaugural luncheon in the Capitol shortly after their swearing-in ceremony. They will be joined by their families, congressional leadership, members of the Supreme Court and their future Cabinet secretaries.