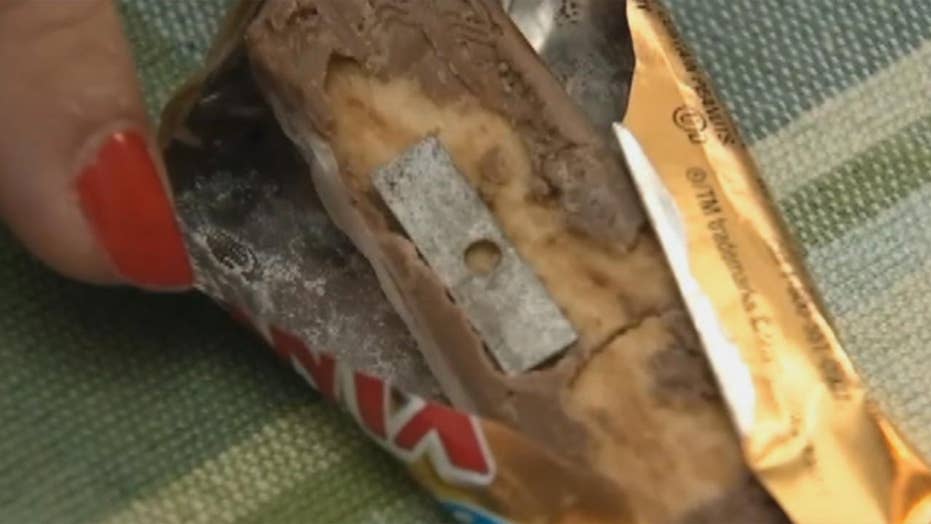 Oregon police were investigating a report that a girl found a loose blade in a candy bar she retrieved while trick-or-treating on Tuesday night.

MAN PULLS GUN ON MCDONALD’S EMPLOYEE AFTER BEING DENIED MCMUFFIN

The mother told officers she took her three children trick-or-treating Tuesday night in the Beaverton area.

The blade seemed to be from a pencil sharpener, deputies said. It was not clear if the wrapper was fully sealed before the young girl opened it.

Officials said there were no other reports of blades found in candy, but warned parents to be on the lookout.

“The sheriff's office reminds parents to be vigilant and educate their children about inspecting all Halloween candy,” the Washington County Sheriff’s Office said in a press release.

HOW TO PUT YOUR LEFTOVER CANDY TO GOOD USE

The sheriff's office says there are currently no investigative leads or suspects under questioning. They urge the public to contact them with any information about the blade.