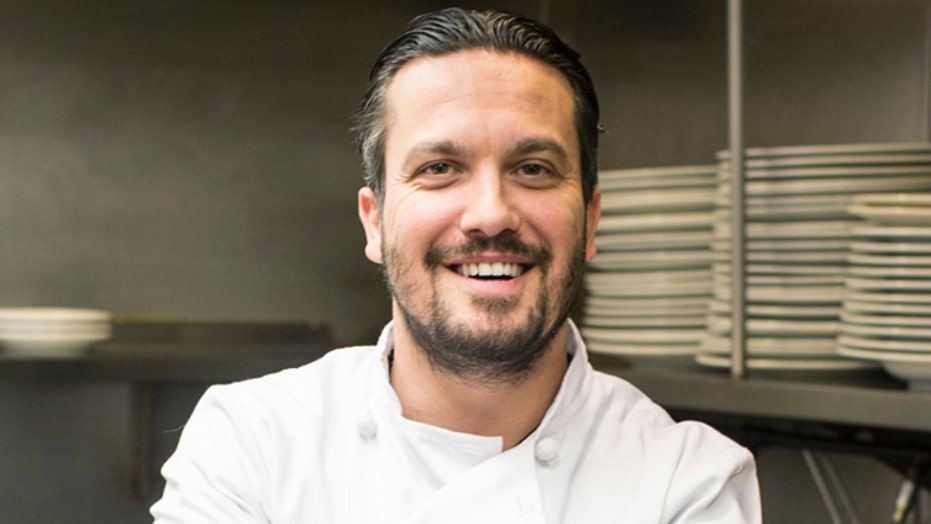 Wonder what "Top Chef" fan favorite Fabio Viviani is up to these days?

The Italian-born chef has been busy building his culinary empire after charming viewers during season five of the hit Bravo show.

Since then, Viviani opened the thriving restaurant Firenze Osteria, with outposts in L.A. and Chicago, authored the best-selling cookbook Fabio’s American Kitchen, has a line of cookware and is even launching a new TV show airing in the fall.

When he recently took some time out to talk to Kitchen Superstars, he told us he got his start in the kitchen at a very young age amid some very humble beginnings.

“I grew up on food stamps," he says. "My upbringing was very poor, miserable at best."

He says when he was just 11 years old, he went to work in a restaurant to help support his family when his mother got sick.  He worked hard, and at 18 opened his first restaurant in Italy.

But his career was forever changed when Viviani was selected to compete on "Top Chef."  Even if he didn't win (which he didn't), he knew it would be a game changer for him.

“Television helps drive your business in whatever you have, as long as you are good at it and you use the exposure in a good way.”

His quick wit and loveable personality helps, but keeping up the hard work in his adopted country is key.

"America is not how good you had it. America is about how bad you want it. And I want it really bad.’’

So what’s the secret to his success, besides the hard work? Keeping it simple.

Viviani takes the guesswork out of complicated dishes, with everything from pasta to chicken piccatta.

It’s a method that keeps his legions of fans coming back for more--teaching them how make iconic Italian recipes, the easy way.

“If you are complicating something like pasta chicken, ingredients -- they are not meant to be complicated by technique -- they are just meant to be enhanced by simple preparation, so the flavor can benefit – not necessarily the look and (how they) appear. I would never compromise flavor for look.”

That kind of attitude deserves a “molto bene.”

If you want to get a chance to see Viviani in action, he's touring the U.S. the rest of April and May for the “Meat Up” food truck tour, where he'll present the simple Italian goodness of premium salami and deli meats. Click here for more.