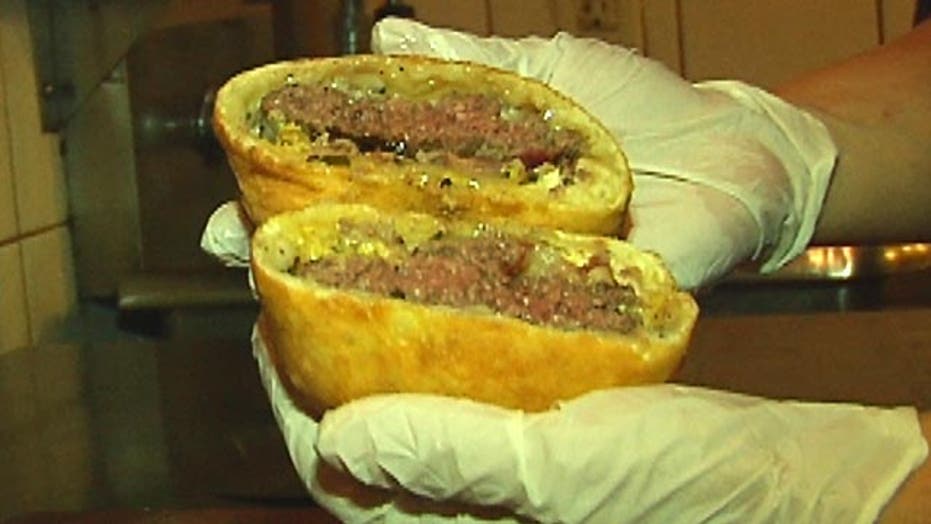 A fried twist on an American classic

For many Americans backyard barbecues with burgers sizzling on the grill is a summer staple. But one restaurant is bringing a new twist to the burger

One New York restaurant is taking a burger classic and adding a tasty twist.

Korzo in Brooklyn’s Park Slope neighborhood is famous for the Slav Burger -- a grilled 10 ounce patty, topped with homemade mustard, applewood smoked bacon and Emmental cheese. They then wrap it in raw Hungarian dough and put it into the deep fryer.

Dubbed the "donut burger," the result a juicy instant comfort food classic wrapped in a thick layer of pastry –almost like a filled donut.

"The fried burger is unique because it's always perfectly cooked inside and the bun isn't thick like a hamburger bun.  When it’s cut in half it’s enclosed so none of the goop drops out onto your plate," customer Barbara Furman said.

Otto Zizak, owner of Korzo, said the burger had started off as a special, but was added to the permanent menu after customers kept asking for it.

"We didn't necessarily set out to create a unique burger," said Zizak. "But we listened, and when it came time to put a burger on the menu we took a bit of this and a bit of that."

It’s been a hit since then.  In 2013, the Travel Channel named Korzo America’s best burger in their series “Burger Land” and it was listed among 18 standout burgers by Men's Journal.

Zizak, who originated from former Czechoslovakia, servers other Central European dishes, such as spatzle, goulash and pirogi.  He also offers a non-fried burger, which isn’t as popular.

The Slav Burger is what keeps people coming back.