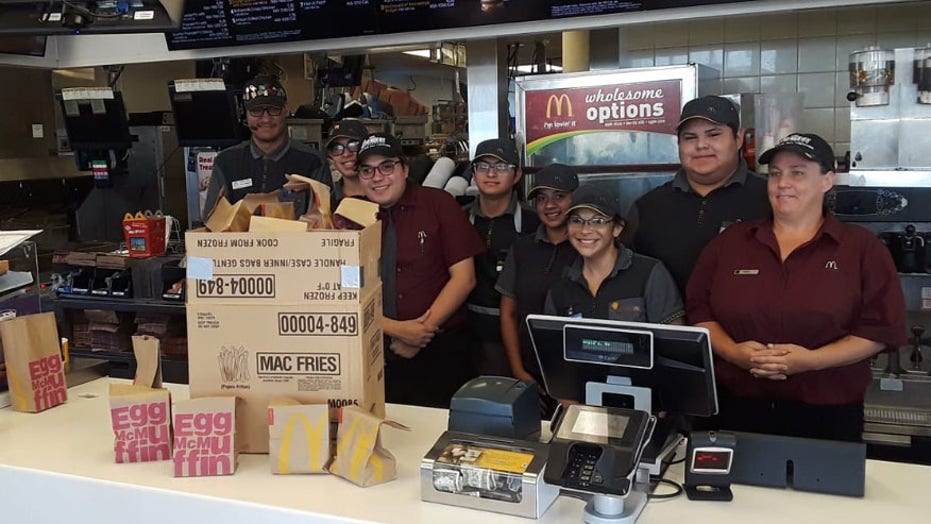 An extremely generous Texan’s attempt to "do something good" worked out better than she was expecting.

Hazeal Cain was attempting to help feed the homeless by handing out plates of food in Corpus Christi when ran she began to run low. Not wanting anyone to go hungry, she went to a nearby McDonald’s to grab an order of burgers. When she asked if anyone at the restaurant wanted to chip in, the manager’s response surprised her.

Cain claims she initially ordered $40 worth of hamburgers, but, unsure if this would be enough, she told the staff what she was doing and asked if anyone would be willing to help.

Cain posted her story on Facebook, where she says that the manager immediately added another $20 to the fund.

According to her post, “I went into the McDonald's on leopard street, this particular McDonald's is also in a poverty-stricken area, but upon showing up I told the manager that I would like to purchase $40 of cheeseburgers[,] and if McDonald's would like to contribute anything extra to feed these homeless people I would appreciate it. The manager Matthew, without hesitation, immediately took $20 out of his wallet and said, “I’ll contribute.” So, together we purchased over 60 cheeseburgers to give to hungry people.”

Cain also described how the staff came together to quickly make the large order and pack it up for her.

"This needs to be recognized," the post concluded. "Somehow for this whole crew to act so immediately and with such humility was incredible."

The shift manager, Matthew Ortiz, told local news outlet 3 Kiii TV: “My mother and father always told me, ‘If you have extra money, just give it out.’"

Cain, meanwhile, is just happy that her story might inspire people to "show love and support to those in difficult times." She told Fox News that she had no intention of this being a "media attention thing" and that "it feels amazing to see people's reaction to hope and love."

"And it feels more amazing to see this one act of kindness being shared to hundreds of timelines," she added. "It feels good to know that people are smiling, even for a moment."