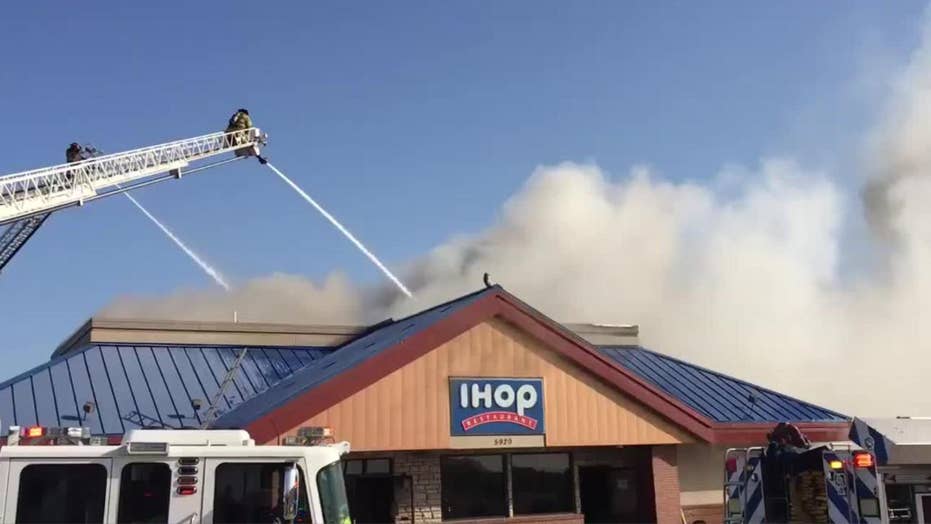 IHOP in Fort Worth, Texas burns down

Watch as firefighters battle an inferno at a Fort Worth, Texas IHOP.

An IHOP in Fort Worth, Texas, caught fire just before 8 a.m. Thursday.

According to MedStar, a standby unit was also sent as response crews battled the large blaze.

“It’s been an extremely hard fire to fight,” fire department spokesman Kyle Clay told Star-Telegram. Clay explained to the publication that the metal roof of the restaurant made it difficult for firefighters to get to the blaze either from above the building or inside.

Officials told Star-Telegram there were 11 employees and 13 customers inside the restaurant when the fire broke out. They reported seeing smoke coming from the ceiling.

Fortunately, everyone was able to get out safely and no injuries were reported. However, the building may be a total loss.

Arson investigators are surveying the scene.

It is unknown at this time what caused the fire.