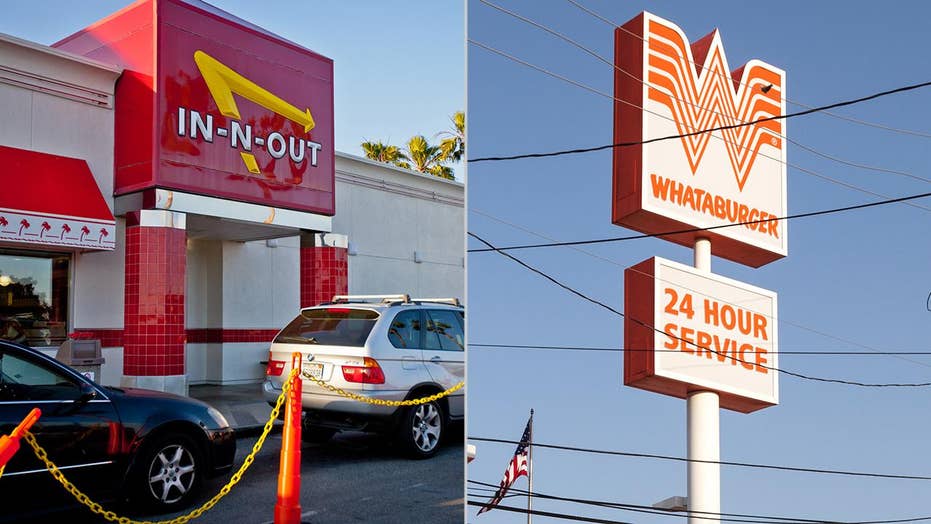 Twitter users from Texas are confused, and perhaps a bit upset, after learning the results of a 2017 study that named In-N-Out as the state's favorite fast-food restaurant instead of Whataburger.

Twitter users from Texas are confused – and perhaps a bit upset – after learning the results of a 2017 study that named In-N-Out as the state’s favorite fast-food restaurant.

The study, which was originally conducted by Foursquare and published by Business Insider in November 2017, claimed to have found every state’s favorite fast-food restaurant based on data collected by the Foursquare app.

Those 2017 findings then began making the rounds again after Cheddar, a financial news network, shared them in a Twitter post on Friday, along with a caption reading, “Would you agree?”

As it turns out, many of the commenters did not, with some claiming that Whataburger – and not In-N-Out – was the clear favorite among Texans, Click2Houston first reported.

One user even ended up re-imagining the map to make Whataburger appear as the state’s favorite.

“This can’t be true,” said another commenter, who took issue with the study's methodology. “In-n-out is not the Texas’ favorite fast food. Prolly because no one uses Foursquare in Texas.”

The original Business Insider article that reported on Foursquare’s study had explained that the results were determined by dividing each fast-food chain’s total number of visits across the state (presumably Foursquare check-ins) by the total number of stores in the state.

PHOTO: WOMAN CLAIMS RESTAURANT CALLED HER A 'CRAZY B----' ON BURGER RECEIPT

Texans, however, weren’t the only ones skeptical of the study. Californians, too, were doubting that Raising Cane’s — a chicken-finger chain headquartered in Louisiana — was somehow more popular than In-N-Out.

According to the original study, however, Chick-fil-A dominated much of rest of the country, though it didn't confirm whether that was because the restaurant appears to be more than willing to serve customers who ride by on lawn mowers.