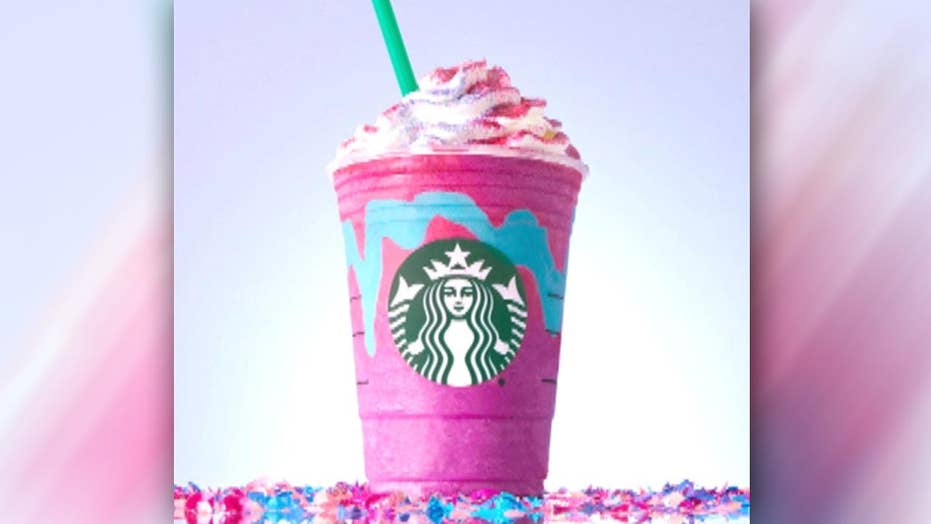 A Starbucks barista recently went viral after posting a video of himself trashing the whimsical-- yet notoriously difficult to make-- Unicorn Frappuccino.

“I have to tell you, please don’t get it," rants Braden Burson, a barista who works at a Colorado Starbucks.

"I have never made so many Frappuccinos in my entire life. My hands are completely sticky.

"I have unicorn crap all in my hair and on my nose. I have never been so stressed out in my entire life. It has been insane. If you love us as baristas, don’t order it,” he continues.

Despite his less than flattering words for the viral drink, TMZ reports that Burson will not be disciplined for creating his video and, in fact, his bosses are actually eager to hear more of Burson’s feedback to improve the "entire experience for customers and employees."

A Starbucks spokesperson confirmed to Fox News that Burson is not being let go, saying, "Our goal is to ensure that both our customers and partners (employees/baristas) always have a positive experience at Starbucks. We always listen to their feedback to determine what we can improve upon. We’ve reached out to this partner directly to talk about his experience and how to make it better."

The chain also acknowledged that the fed-up coffee drink maker "is not the only barista feeling this type of way about the unicorn Frappuccino."

As a barista, just know that every time you ask me to make this, a part of me dies #unicornfrappuccino

Asked a Starbucks barista about #unicornfrappuccino: "It's white mocha+mango+sour sugar powder. It's the worst thing that has ever happened"

I totally get what @iambburson is ranting about. I worked part time one xmas eons ago when the mint chocy chip frappuccino came out. Yuck🦄

But plenty of comments on social media from people claiming to be Starbucks baristas echo the sentiments shared in the video.

The Unicorn Frappuccino was a limited edition beverage available at Starbucks through April 23.