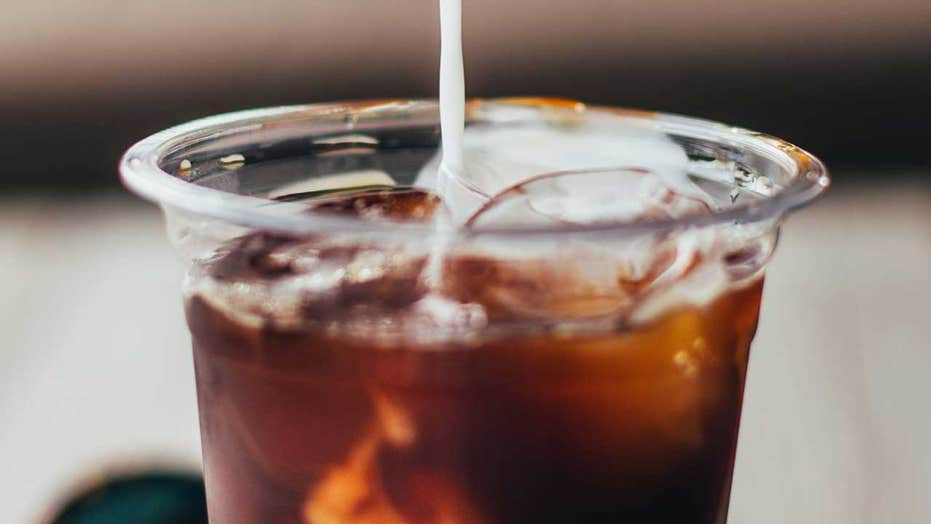 A Starbucks customer severely allergic to nuts is suing the chain for $10,000 after he was allegedly served coffee with almond milk.

Max Scher, who says he is a frequent Starbucks patron, said he visited a location in Portland, Ore., in May, and -- as he maintains that he always does -- asked for his drink to be made with soy milk instead of nut milk.

“Hey, I have an allergy,” he says he always tells the staff, according to The Oregonian.  “Please be careful.”

MCDONALD'S ANNOUNCES SEASONAL COFFEE DRINK, AND IT'S NOT PUMPKIN-SPICED

This time, however, Scher said he became aware something was amiss after about “three sips,” at which point his throat began closing up. He immediately administered an EpiPen injection and ate two Benadryl tablets before driving himself to the hospital, where he vomited on the way to the emergency room, according to The Oregonian.

A representative for Starbucks confirmed that the coffee chain is investigating the incident. (iStock)

A representative for Starbucks told Fox News that the coffee chain is investigating.

“Our partners (employees) take great care in ensuring each of our customers’ beverages are customized as ordered,” according to a statement provided by the representative. “We take allegations like this seriously and are thoroughly investigating this situation.

Scher’s lawsuit also accuses Starbucks of failing to use “reasonable” care to prevent a potentially life-threatening situation, said the outlet.

“The point of my lawsuit is I just can’t afford my medical bills, and it doesn’t feel right that I should have to spend over $4,000 because they made a mistake," Scher told The Oregonian.

Scher’s attorney was not immediately available for further comment.