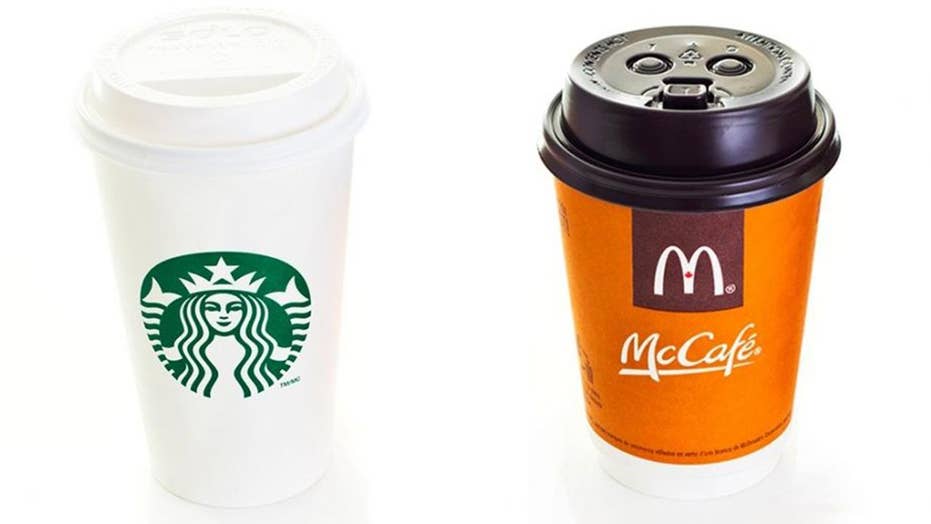 Companies join forces to create a fully recyclable, compostable cup within the next three years.

While the two multibillion-dollar companies are usually at odds with each other, they are pairing up for the sake of the environment.

Starbucks and McDonald's are joining forces to create a fully recyclable, compostable cup within the next three years.

Both companies, combined, account for 4% of the world’s 600 billion cups thrown away annually.

Currently, their cups are recyclable, but they are rarely actually recycled because of lacking resources, Fortune noted.

Starbucks, McDonald's, and Closed Loop Partners launched the NextGen Cup Challenge, which invites creative minds to figure out a way to make our cups completely eco-friendly.

The winners of the challenge will receive grants to create their product, which will then be produced at a market level.

Both Starbucks and McDonald's have given $5 million to the fund.

“There are certain things we’d say that we’re not competitors on. We all have to come with solutions and make sure we’re watching out for the public’s interest,” Marion Ross, the McDonald’s chief supply chain officer in the U.S., told Fast Company this week.

News of this effort toward completely eco-friendly cups comes shortly after Starbucks announced its ban on plastic straws altogether by 2020.