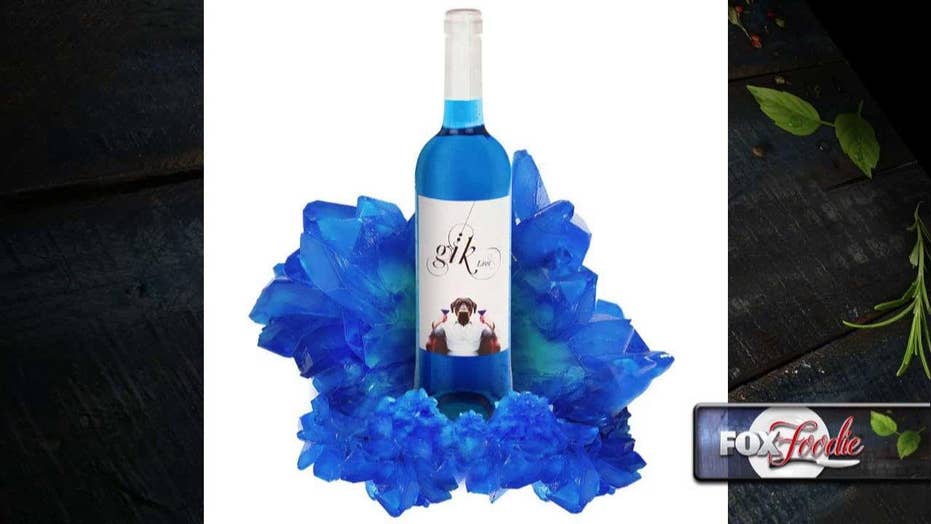 Is blue wine the new rose?

Fox Foodie: Panel discusses whether millennials will choose blue wine over red and white? Plus, how 'Brexit' may affect the food industry and a radical new idea from Barnes & Noble

When it comes to wine, Spain has decided not all colors of the rainbow need apply.

Last summer, a Spanish company made headlines for developing a bright-blue wine. But now, the country has reportedly banned the “blue wine” on the grounds that wine is neither white or red.

According to The Local, the producers of Gik-- which is a blend of several Spanish grape varieties-- have been told they cannot market their beverage as "wine" and instead must label it as an "other alcoholic drinks" category.

The owners of Gik say the color of the shockingly bright blue wine comes from indigo and anthyocyacin, a natural pigment that comes from grape skin.

But not long after the wine's debut, the company was hit with a fine for mislabeling its product as “wine” on the grounds that Spain recognizes just 17 types of wine products-- none of which are blue.

Diary of a Start-Up Winemaker: Pushing the Wine Envelope

Diary of a Start-Up Winemaker: Out in the Vineyard with Carl

The label also had to be changed to read: "99 percent wine and 1 percent grape must." The creators of Gik say the ruling is absurd and that they should be able to call their product "wine" because it is made entirely from grapes. They've even launched a Change.org petition to fight the ruling.

Regulators disagree, however, and Gik will no longer be shelved with other reds, whites and rose varieties. However, with it's distinctive indigo hue, the product will still be pretty easy for consumers to find.