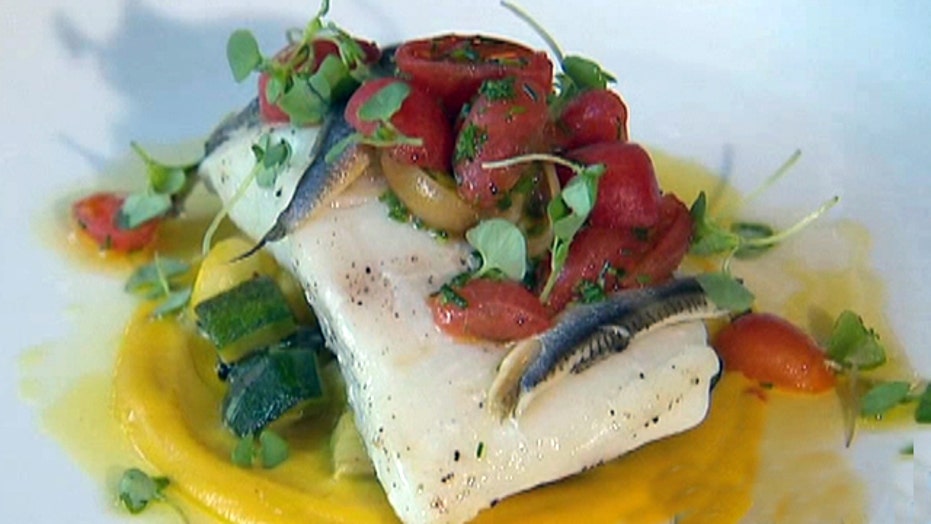 The restaurant scene in the City by the Bay is heating up.

If you're planning a trip to San Francisco, you might want to make those restaurant reservations right now because the city's hot food scene is getting hotter.

For the second time in three years, a restaurant in The City by the Bay was named the nation's outstanding restaurant by the prestigious James Beard Foundation.

Tables at these award winning places will likely be tougher than ever to get, but with more than 3,500 restaurants -- more per capita than any other city -- there are plenty of great options.

Visitors tell the San Francisco Travel Association that dining out is one of the main reasons they come.  I think San Francisco is like Paris—you’re going to eat well no matter your budget or where it is.

San Francisco’s Exploratorium, which recently welcomed its millionth visitor less than a year after moving to new digs at the Embarcadero, has a first-rate restaurant called SEAGLASS, with a sushi bar, salads from local farms, organic roasted chicken and more.

The Ferry Building Marketplace, which is also at the Embarcadero, is a working farmer's market and the place to meet local growers on Tuesday, Thursday and Saturdays. Inside, you can sample local cheese from Cowgirl Creamery, slurp oysters from Hog Island Oyster Company  or eat Vietnamese food served family style at the acclaimed Slanted Door.

Locals tell me the best Chinese food to be had these days are at some of the small restaurants on Clement Street in the Inner Richmond Neighborhood.

If you're looking for a taste of something classic, The Tonga Room and Hurricane Bar in the hotel Fairmont San Francisco has been a fixture since 1945, famous for its tropical drinks and band that floats up and down the water on a thatched-covered barge.  The food—and drinks—are  still inspired by the South Sea Islands, but there has been an effort to make the menu lighter and healthier.  The famous Mai Tai, Pineapple Royale and other tropical drinks are made with fresh fruit juices and less sugar.

Locals and tourists alike head to North Beach for Italian Food.  North Beach, of course, is not a beach but the famous San Francisco neighborhood first settled by Italian fisherman and laborers in the early years of the 20th century that later became home for writers and artists and a haven for the Beat Generation.  We had fun meeting The Singing Chef Giovanni Zocca —he really does sing to the guests—at his family-run Trattoria Pinocchio, where  his classic dishes hit the spot

You’ll find plenty of trendy restaurants all over the city too. We liked NOPA that specializes in organic wood-fired cuisine with seasonal ingredients.  Their signature pork chop was amazing.  Fog City, a popular spot since the 1980s located along the Embarcadero, is where you’ll find fresh seafood, wood-fired meat and their famous house-made French crullers for desert. Last year, the original owners completely renovated the restaurant and brought in acclaimed Chef Bruce Hill.

The Beach Chalet at the edge of Golden Gate Park  above the Golden Gate Park Visitor’s Center is famous for its views of the ocean, its own brewery and the historic California frescoes created during the 1930s.  Try the crab stuffed grilled avocado or pan seared salmon