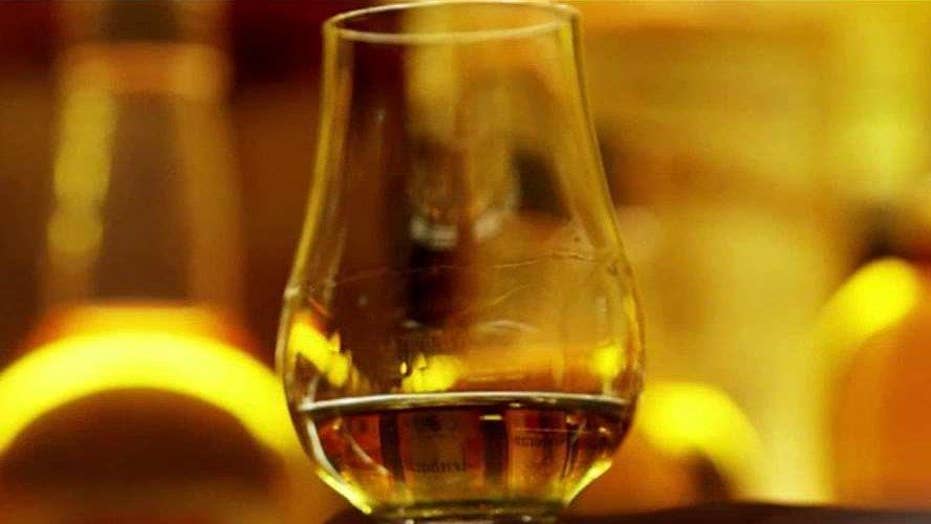 This Day in History; Raise a glass to the 'water of life'

People in the U.S. still really love the smooth, smoky taste of single malt scotch. Scottish exports of the spirit exceeded a record £1.02 billion ($1.3 billion) in 2016.

Dubbed “the stand-out performer” by the Scotch Whisky Association (SWA), 113 million bottles of single malt were exported last year, reports The Drinks Business.  By volume, single malt accounts for less than 10 percent of all scotch exports, but makes up a whopping 26 percent by value.

THIS TAIWANESE DISTILLERY IS TAKING OVER THE WHISKY WORLD

To qualify as a single malt, the scotch must be distilled at a single distillery using a pot still distillation process and made from a mash of malted grain. And it must be distilled in Scotland, matured in oak casks for at least three years, and one day.

According to the SWA, the primary export locale was the U.S., accounting for £48 million ($61 million) worth of single malt shipped last year.

“With scotch whisky exports returning to growth and rising to more than £4 billion, and single malts exceeding £1 billion for the first time, we’re feeling optimistic about the future,” Julie Hesketh-Laird, acting chief executive at the SWA told The Drinks Business.

“Demand is rising in mature markets, such as the USA, and newer markets, including China,” Hesketh-Laird added.

In the past, the Scottish whisky industry has faced shortages due to rising global demand but Hesketh-Laird says there are plenty of new producers ready to meet the steadily growing demand.

“This confidence is reflected in the number of new distilleries – 14 have been opened in the last few years and we know of about another 40 in at various stages of planning.”

Last year, scotch was exported to 182 countries, up from 174. Additionally, all categories of scotch whisky grew last year, but bottle blended scotch whiskey had the biggest increase, accounting for 69 percent of all scotches exported in 2016.