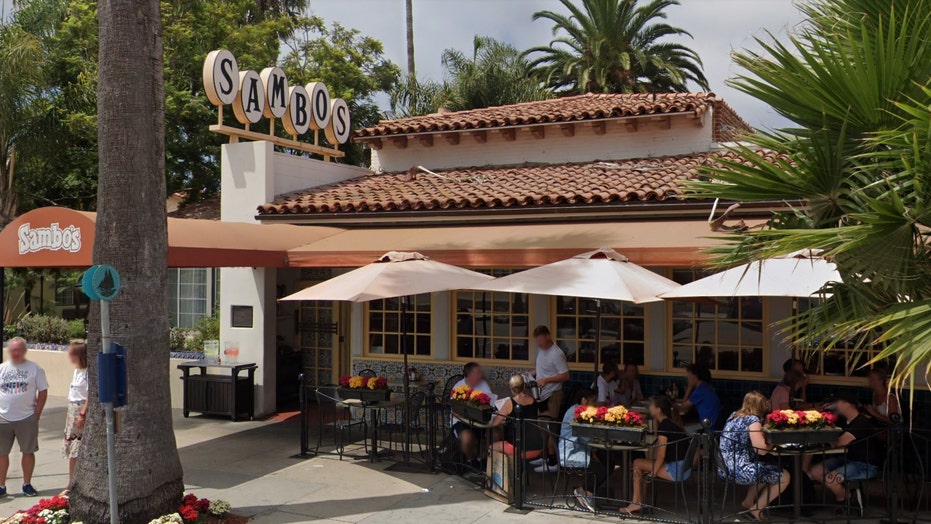 A 63-year-old restaurant in Santa Barbara, Calif., has decided to rebrand entirely after a petition urged the owner to change the eatery’s name amid the ongoing George Floyd protests.

Sambo’s, which was once part of a large chain of breakfast restaurants, was originally named after its two founders — Sam Battistone and Newell Bohnett — who reportedly combined “Sam” (Battistone’s first name) and “Bo” (from Bohnett) to settle on the name of their business, according to the SFGate. But even in 1957, the term was already known as a derogatory slur for a person of indigenous Indian or African ancestry, and the chain had long received criticism for its name, as well as its use of images inspired by “The Story of Little Black Sambo,” a controversial 1899 children’s book written by Helen Bannerman.

DOUGHNUT SHOP ENDS DISCOUNTS FOR POLICE, MILITARY DUE TO PROBLEMS WITH 'RACISM AND INJUSTICE'

Over the last few weeks, protests surrounding the death of George Floyd reignited these concerns, spurring Rashelle Monet to launch a Change.org petition asking the ownership to finally change the name. And by Thursday, they agreed.

“We are changing the name of our restaurant, what the future name will be is still uncertain, however it will not be Sambo’s,” wrote Chad and Michelle Stevens on Facebook. (Google)

“We are changing the name of our restaurant, what the future name will be is still uncertain, however it will not be Sambo’s,” wrote Chad and Michelle Stevens on Facebook.

“Our family has looked into our hearts and realize that we must be sensitive when others whom we respect make a strong appeal. So today we stand in solidarity with those seeking change and doing our part as best we can.”

As the duo further promised, they have since replaced the sign above the restaurant with a peace symbol and letters reading “LOVE.”

“Also please know we do not tolerate racism or violence,” the Facebook post added. “We are committed to being part of a long-term solution. And we ask our customers and neighbors to join us in that pledge.”

Monet, who had started the Change.org petition, had also confirmed that the owners called her to inform her of their decision after only a few thousand signed. (As of Monday morning, more than 3,800 had signed the petition.)

Monet also called upon the Change.org community to donate money toward Sambo’s rebranding via a GoFundMe account she had set up, writing that the Stevens “should not have to take a financial hit for stepping up and doing the right thing.” The Stevens, however, had said they will not be taking the money.

“A group under the leadership of Rashelle Monet have kindly started a gofundme page to pay for the rebranding of the store,” the owners wrote on Facebook. “We did not ask Rashelle to do so, nor will we take any of the funds. We suggest Rashelle determine where those funds could be used for good our community.”

The Sambo’s restaurant chain, which once operated over a thousand restaurants across the United States, had previously faced criticism over its name, leading the then-owners to rebrand a dozen of the restaurants as “Jolly Tiger” in the 1970s. However, those restaurants reverted back to their original names by the end of the decade due to poor sales, according an advertising firm executive who spoke with Ohio’s Chillicothe Gazette in 1979.