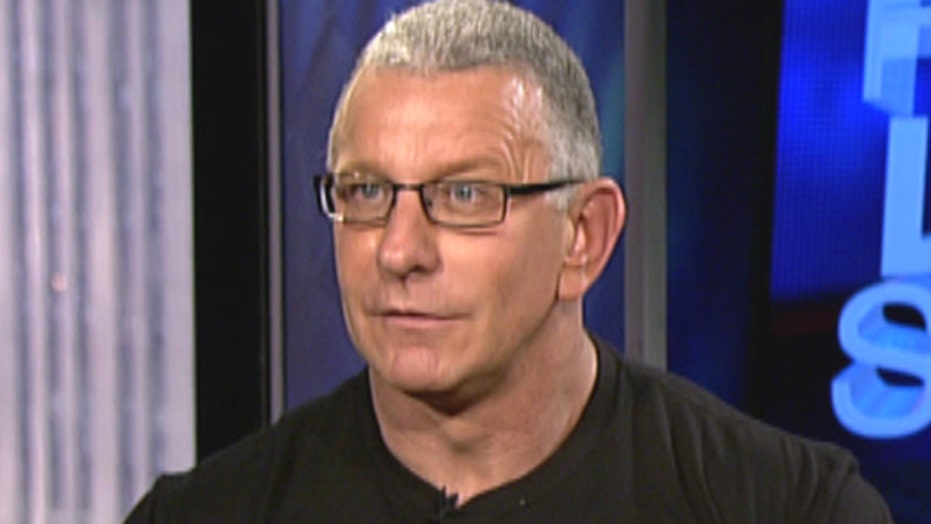 Robert Irvine's tips on how to beat BBQ bloat

In terms of calories, the average backyard barbecue can easily add up to a full day's worth of eating -- in just one sitting.

Celebrity chef Robert Irvine, host of "Restaurant: Impossible," told Foxnews.com there's a way to enjoy barbecue without packing on the pounds. Irvine has partnered with Gold's Gym Fitness Institute to educate people on how to eat right and stay fit.

“We’re going for leaner cuts of meat that we can grill quickly, eat smaller portions and eat more of them when we want them.”

“Instead of controlling the portion sizes, we throw it all on that grill and slather it with barbecue sauce that is high in sugar,” said Irvine. “We eat and don’t really it figure out until it’s too late.”

Irvine says use fresh herbs to cut down on the amount of sodium in food and dressing. “Instead of using those mayonnaise-based sauces, we can replace that by making vinaigrette.”

“We tend to use far too much salt, far too much sugar and if we replace them with these kinds of products – it’s lighter, easier, and helps you digest,” said Irvine.

When picking the protein decide on a lean cut versus a highly marbled red meat.

“We’re going for leaner cuts of meat that we can grill quickly, eat smaller portions and eat more of them when we want them,” said Irvine.

For his get-togethers, Irvine makes barbecue salmon with citrus vinaigrette, stone ground mustard, salt and pepper. The salmon is placed on a chilled haricot vert and asparagus salad.

But he never skips a sweet ending.

Even when trying to eat healthy, Irvine says every meal, including barbecue, should end with dessert.

“Now it doesn’t mean [eat] the size of a cake – it means take a small piece.”