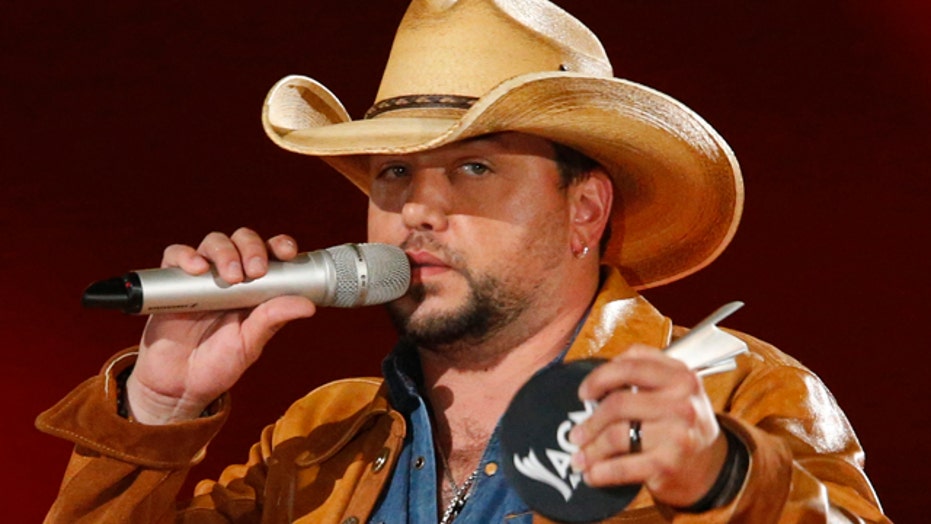 The country star is currently at the center of an alleged tipping incident that went down at a burrito hotspot in West Virginia sometime after a Sept. 7 performance, TMZ reports — and now one of the restaurant workers has been fired for tweeting about Aldean in a not-so-flattering light.

While out on the road for his nationwide “They Don’t Know” tour, Aldean and his crew reportedly ordered 60 burritos and a quesadilla last week from Black Sheep Burrito & Brews, with a total bill of around $500. Afterward, however, they were accused of leaving a slim tip (if any at all) by a Black Sheep employee who took to Twitter to denounce Aldean personally.

"@Jason_Aldean is the type of person who thinks Hispanics work at Black Sheep," read the employee's first tweet, according to TMZ.

"@Jason Aldean can suck my a-- for not tipping Black Sheep, after ordering 60 burritos," the worker added.

Days later, the man was fired.

Evidently, a Black Sheep manager told TMZ that the tweet was not brought to management’s attention by anyone connected to Aldean, but by another staffer. Standing by their decision to dismiss the employee, the manager said tweeting about customers is a company violation.

Further, a rep for Aldean confirmed the group's large takeout order, but added that it included an “appropriate” tip.

“Jason had absolutely no contact with the restaurant or any of its employees,” they said.

The episode clearly struck a nerve, as over 300 comments poured in on TMZ’s original article.

“If you order $500 worth — a tip is due! — a big one. Shame on Aldean,” commented one user. “Trying to make 60 burritos all at once for a single order certainly deserves a tip, even if it was a take out order,” added another.

Burrito controversies aside, Aldean certainly has a lot on his plate right now. Not only is the ACM's 2017 Entertainer of the Year on tour through October, but he and his wife, Brittany Kerr, are expecting a baby boy around the holidays.