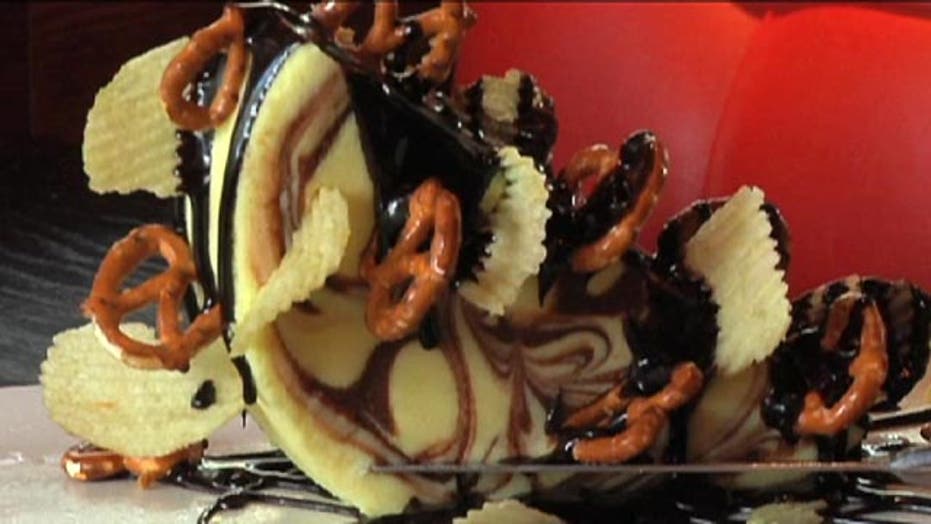 As if there’s isn’t already enough over-the-top food and drink creations to try while you’re in Las Vegas—now there’s the Cheesecake Challenge. And it’s called a challenge for a reason.

At Guy Fieri’s Vegas Kitchen and Bar, you get a slice of cheesecake, which is a quarter of an entire cake, loaded with pretzels, potato chips and chocolate sauce -- all on one plate.

“I definitely could not finish that,” said Gina Culotta, who was visiting from North Carolina.

“This is the most phenomenal cheesecake ever and I’m a cheesecake guy,” said Dean Perella, visiting from Ohio.

There isn’t a reward for finishing the massive dessert. But, it’s called the cheesecake challenge because the restaurant dares you to try.

The monster cake, which cost $12 a pop, has been ordered 500 times. Only about 20 people have been able to finish it on their own.

“The collaboration at the very beginning with guy, myself and the culinary team at Caesars really wanted to make something over the top,” said executive chef, Tony Leitera. “Something that hits the table and guest says wow this is really something special.”

To prepare the dish, the chef starts with a homemade swirl cheesecake. He adds chocolate drizzle and then tops it off with as many pretzels and chips that can fit.

The dessert is sweet, salty and savory all at the same time. And, to make it a little more fun, you can dip the cheesecake by dipping into it with the pretzels and chips with your hands.

Guests say the dessert it decadent yet the consistency is still light.

The only problem: finding room to stuff it down.

“I want to but it’s the type I’ll take home and eat tonight, though,” Perella said.