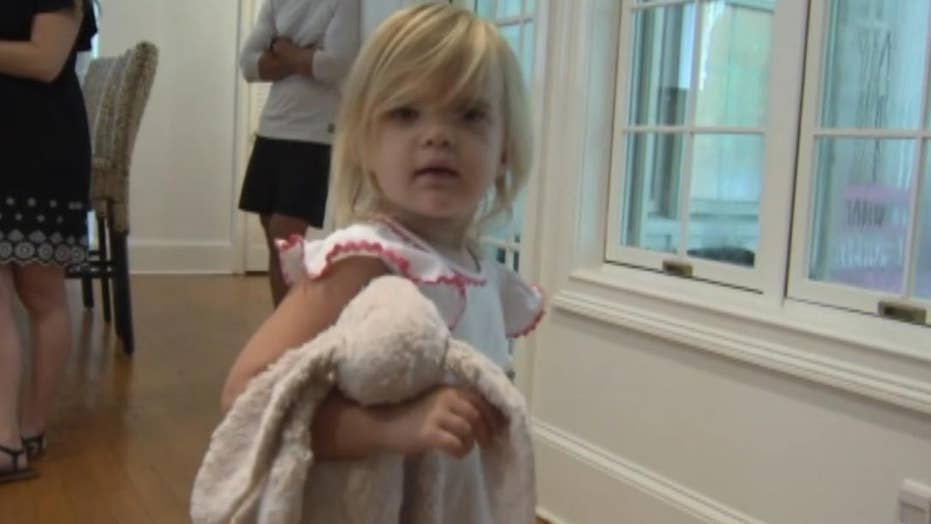 Three-year-old Madison accidentally lost her stuff bunny at an Alabama Publix. When the store’s manager and his crew realized the companion was thrown away, they tracked it down to a landfill where they dug through garbage to reunite Madison and her little buddy.

Publix employees in Alabama went above and beyond their duties last week to help rescue a young customer’s stuffed bunny.

Madison Rachal, 3, was shopping with her mother Jenna at a Publix location in Daphne on Thursday, as a thunderstorm loomed just outside. Some time later, while mother and child were racing back to the car in the rain, they realized they had lost track of Bunny, a stuffed animal Madison had received from her grandfather.

“I knew he had been left in the [cart] just in the hustle of getting into the car before the rain,” Jenna told WKRG.

Jenna called up the Publix the next day, hoping they had found Bunny, and learned that the toy hadn’t been seen. But she also followed up by posting a message to the “What’s Happening in Daphne” Facebook page, and it turned out to be Bunny’s lucky break.

According to the Tampa Bay Times, the Publix manager, Mike Gayheart, saw Jenna’s post and offered to sift through security footage to find Bunny. He soon learned that Bunny was collected and tossed into the trash, which had already been sent to a landfill.

But that didn't stop them. Gayheart and three Publix employees formed a search group and set out to try and find Bunny at the landfill. And they succeeded.

Jenna got a call from the store on Tuesday, telling her and Maddie to come in for a surprise. And when they arrived, they handed Maddie a gift box.

"She opened the gift and immediately grabbed Bunny and hugged him," Jenna told the Tampa Bay Times. "I never imagined they’d actually go out to the landfill to dig through a heap of trash in 90-something degree heat.

Once back in the car, Madison snuggled up with Bunny — who Gayheart was kind enough to wash three times.

“It’s amazing, just so kind of those people,” Jenna added to the Times. “I think it was above and beyond any company’s mission statement.

“That they went out to dig through all that trash and found Bunny is a miracle."