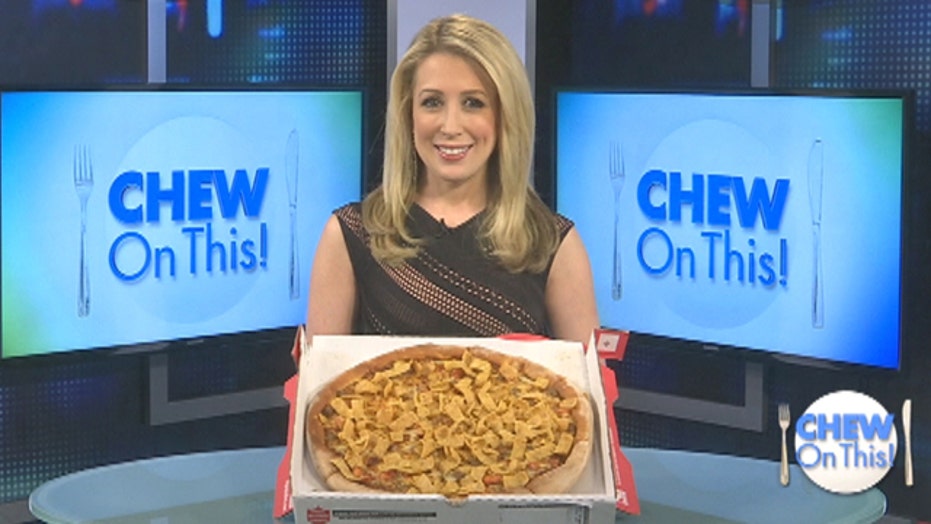 We tried Papa John's newest food mashup. Is it a pizza? Is it a Fritos pie? Turns out, it's the best of both.

Papa John's, the official pizza sponsor of the NFL, didn't exactly score a touchdown when it came to 2016 pizza sales.

Same-store sales are utilized to figure out the amount of sales growth that can be credited to new store openings. That’s based on sales made by stores open longer than 12 months.

“We’ve seen ratings down 8 percent for the season,” Ritchie said during an earnings call Wednesday. “We’ve made a significant investment in the NFL. An 8-percent decline in ratings played a small factor in some of our performance.”

Still, there was growth in the company. It just wasn’t as much as expected. According to Nation’s Restaurant News, the chain had 3.8 percent same-store sales growth in the U.S. in the quarter that concluded Dec. 25.

Papa John’s, which has over 4,700 locations, had an overall 3.5 percent increase for 2016. Same-store sales have now grown for 25 straight quarters and have been flat or positive for 13 years in a row.

But according to the pizza chain's executives, the NFL ratings were only one cause for the poor sales growth.

The previous year, the Denver Broncos played in the Super Bowl. Papa John’s spokesman Broncos’ Peyton Manning was the star of the game but after his retirement, the chain says its promotion buzz stalled.

The company also admitted to cutting some of its marketing budget after introducing a new pan pizza. They also pointed to reduced pizza prices from competitors when that pie was first rolled out.

To compete with chains like Domino's, Papa John's says it plans to ramp up its digital ordering platforms this year and better advertise its customer loyalty program to drum up repeat business.