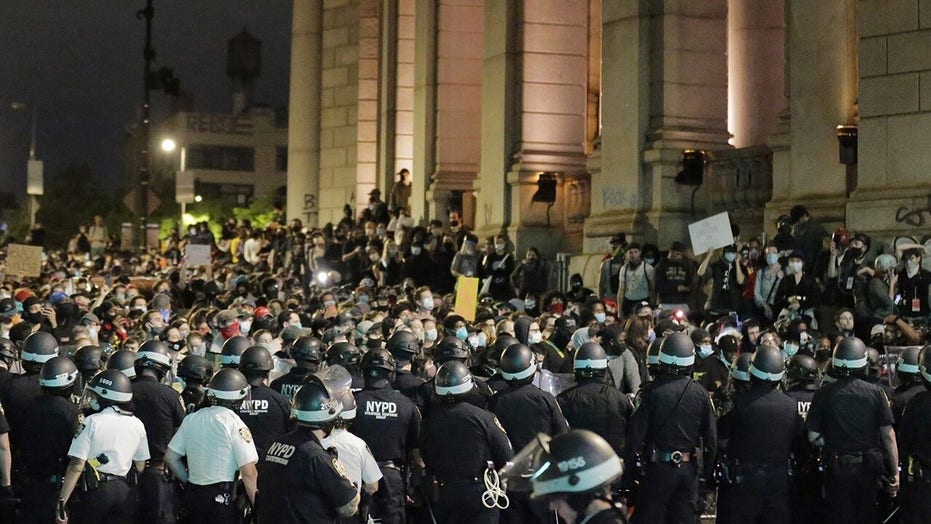 Four Ohio taco shop employees allegedly refused to fill a large food order from Ohio Highway Patrol Officers, and then staged a walkout. The restaurant closed all of its locations Tuesday out of an abundance of caution after the employees raised concerns about the Monday evening order.

The incident has sparked a controversy on social media after employees claimed the district manager threatened that workers “would be fired if they walked out,” FOX 28 reported. However, the chain later said that no one was fired for the walkout, although they did not address whether the district manager issued the ultimatum in the first place

The employees were reportedly asked to make a 500-taco order for police officials earlier this week. Several employees refused to fill the order amid the current nationwide protests, which are calling out police brutality in the wake of George Floyd's death.

The backlash against the company was quick, with people leaving comments on the taco restaurant’s business page calling for a boycott of the chain from people on both sides. (Google Maps)

The controversy sparked after social media posts from people claiming to be employees were shared online, alleging that workers were fired over refusing to fill the order. Some of these posts have claimed the meals were donated to the police officers, which Condado has refuted. Multiple posts have since been deleted.

“Immediately, I just didn’t feel comfortable making that order,” employee Jake Widdowson said in an interview with Eater. “I’ve been joining in the protests the last couple of days and seeing the extreme brutality on protesters and making that food was not something I felt comfortable with doing.”

Though some management allegedly told employees they could leave without worrying about losing their job, at one point, Widdowson claims the district manager got involved and said, “Tell anyone who’s refusing to work, they’re fired.”

The backlash against the company was quick, with people leaving comments on the taco restaurant’s business page calling for a boycott of the chain from people on both sides.

“I wonder how much $ you'll lose over this compared to if you'd just not accepted the order?” one person wrote.

“You are the worst kind of business. Condados used to be one of my favorite places to go. You’ve lost so many customers over this. I hope it’s worth it,” one person wrote.

“No thanks. Never again. Catering to your employees to not fill a PAID order for the Ohio state patrol....you are sad,” one person wrote.

“Well, unless you fire the workers who refused to serve our Ohio HP because they are law enforcement, I am never returning to your restaurant. You need to apologize publicly for this too! No taco is worth that kind of treatment,” another wrote.

According to some employees who worked at the Candado Polaris location, the restaurant management has been supportive of protestors. In an interview with Eater, one employee said managers had offered time off for employees to protest and would bail employees out of jail if they were arrested during the demonstrations.

In a statement from Condado Tacos Polaris to FOX 28, the restaurant said it received a paid-in-full catering order from the police Monday night, which made some employees uncomfortable.

"After a discussion with their regional manager about their concerns, [employees] were given the option to not work on the order. The employees who expressed their concerns chose to not complete their shift last night however, their jobs remain intact at Condado if they choose to return," said the spokesperson to FOX 28. "We built Condado to be a place that is open to everyone, without judgment or fear, and we have a zero-tolerance policy for racism, prejudice and discrimination."

Fox News reached out to Condado Tacos for comment.