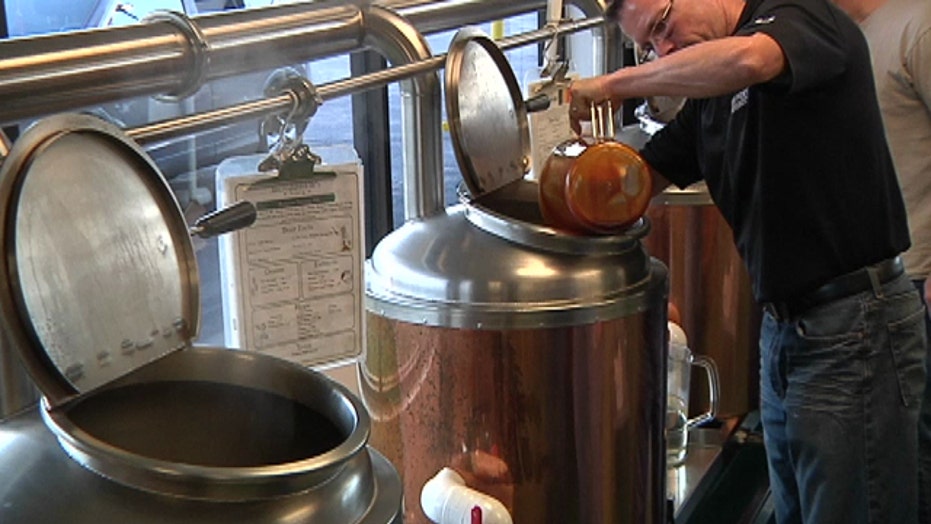 There’s one brewery in New Hampshire that believes anyone can brew just about anything. From beer to champagne, IncrediBREW lets you brew it all.

Customers use professional equipment to make their custom brew--no experience necessary. IncrediBREW provides them with recipes, ingredients, instructions and assistance.  Amateur brewers can even get individualized bottle labels, as well.

"We had a girl that made some jalapeño beer. She wasn't happy that the beer wasn't hot enough when she was bottling so she was taking, cutting jalapeños and was actually dropping them in the bottle.”

Owner Dave Williams started the brew-on-premise site in 1995, making it one of the oldest of its kind in the nation.

While customers can brew old fashion soda, wine and champagne, IncrediBREW is known for its beer, which Williams says is better than other popular microbrews.

“The good microbrewed fresh craft brewed beers, with good ingredients, brewed with good style, with proper filtration, proper yeast for that style of beer, that’s what we really go for, that’s the heart of the business."

“We have everything from the lightest light to the darkest dark. A lot of people think that just because its hand crafted brew, that it somehow has to be dark and heavy. Bitter or something like that. But we have everything,” says Williams.

The brewery has countless recipes to choose from. That means the possibilities are endless.

“I could tell you some crazy stories about beers people have done, I mean we had a girl that made some jalapeño beer. She wasn’t happy that the beer wasn’t hot enough when she was bottling so she was taking, cutting jalapeños and was actually dropping them in the bottle.”

While some like to tap out on creativity, John Rogers has been coming back because "the beer is fresh, you don't get headaches in the morning," adding "you meet a lot of characters here too."

Rogers says he started brewing at Incredibrew in 1995 when his wife gave him a gift certificate for Fathers Day. With over 200 recipes to choose from, Rogers says his favorite beer is called "Reverse the Thirst" named after the Red Sox World Series win in 2004.

IncrediBREW continues to delight customers new to the brew, and remains a favorite pastime for those who have been coming back for decades.

So what is the secret to great beer?

Williams says it's simple. Just like a fresh loaf of bread, fresh beer tastes better than anything you buy off the shelf.