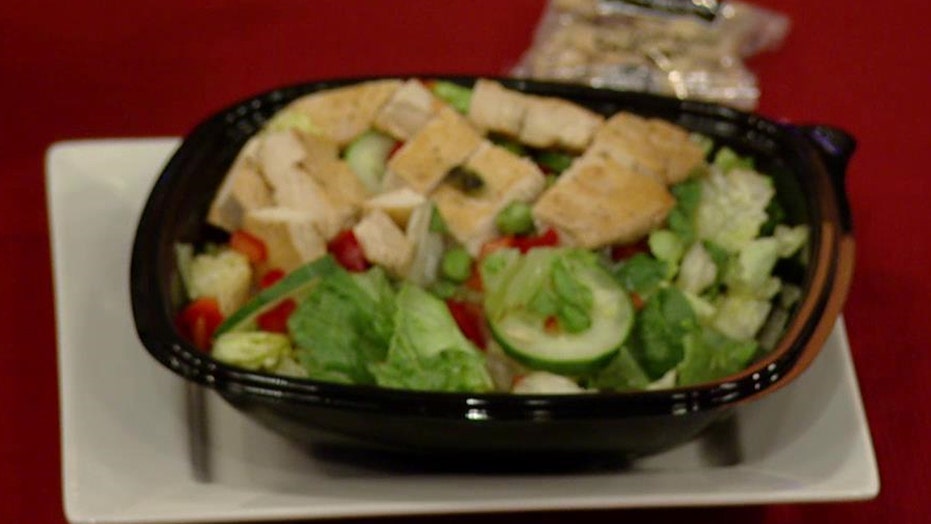 How to lose weight by eating fast food

Every day, millions of customers walk into outposts of fast food chains all across the globe, place their order, and walk away with exact copies of the same dish folks are eating at almost every other location, all of which are assembled in the blink of an eye. But it’s a lot more difficult than it looks to maintain that level of consistency across the board, and there are some tricks -- and  other secrets-- involved in the process that fast food restaurants would probably prefer you didn’t know about.

When you place your fast food order, a whole lot of interesting things happen behind the scenes that you don’t see. While you can always catch a glimpse of the fries being scooped into the container (that’s within view for a reason), everything else back there looks like a high-tech jumble, though it’s actually very organized.

Every component of every dish has its own place, in a specific location to make it as easy as possible to locate and use. At most fast food locations, hot items like burger patties and chicken nuggets are made in advance and kept warm in a heating tray for a set amount of time; after that they need to be thrown away-- or repurposed, which we’ll get to later.

Working at a fast food restaurant is completely different than working at any other type of restaurant. There’s no garde manger to prepare the appetizers, no saucier in the back mixing up the béchamel sauce. A fast-food restaurant functions like a well-oiled machine, with a system that’s easily scalable and replicable across the board.

In order to maintain what is actually a pretty high level of quality while also keeping costs down, fast food chains need to implement some procedures that are less than savory, but recently a handful of former employees took to Reddit to give us a glimpse behind the scenes (so take these comments with a grain of salt).

Read on for some of their most shocking confessions, as well as a handful of other menu hacks, tips, and tricks that fast food chains would probably prefer you didn’t know about.

Take a peek up into the ice dispenser before you next use a soda machine. There’s a chance you might see mold up there, because they’re nearly impossible to clean.

We’re not going to get into the messy details, but if you believe what people post on Reddit, those McCafe machines at McDonald’s are also quite difficult to clean, so they tend not to be thoroughly sanitized very often.

3. Don’t Ask for Lemons or Limes

glass of cola or ice tea with ice cubes, lemon slice and peppermint garnish, against a blue wall (iStock)

In any bar or restaurant, the lemons used in drinks are usually the most unsanitary food item around (and are occasionally the culprit behind a bout of food poisoning). The reason? They’re usually not washed, are handled by several people, and spend a lot of time sitting around out in the open.

4. Chicken Nuggets Do a Lot of Waiting Around

Chicken Nuggets with BBQ Sauce.Shot with Hasselblad and Phase One Digital Back. (iStock)

At McDonald’s, McNuggets sit in a warming tray all day, waiting for someone to order them. They’re supposed to be thrown away after a set amount of time, but usually, according to some former employees, at least, the timer is just reset.

It would admittedly be a bit of a waste to throw out all the hamburgers that sit on the grill too long to serve to customers, so at Wendy’s they’re placed inside a bin in the refrigerator, then repurposed by being boiled, chopped up, and put into the chili. It may sound odd, but it’s actually pretty smart.