10 things you should know about McDonald’s

Fast food giant McDonald’s is the latest American business to take drastic action to curb the coronavirus epidemic, according to a report.

Its U.S. company-owned restaurants’ dining rooms are closing, and the company, which owns about 5 percent of the approximately 14,000 U.S. restaurants, is requesting its U.S. franchisees close the dining rooms in their locations.

“Franchisee leadership completely supports the decision to adhere to social distancing guidelines and ensure that large groups of customers are not gathered together inside our restaurants,” Mark Salebra, chair of McDonald’s National Franchisee Leadership Alliance, said in a statement.

HERE ARE THE CORONAVIRUS GUIDELINES RELEASED BY THE WHITE HOUSE

At least eight states called on all bars and restaurants to close at least part of the day.

There is already worry that such business closures may lead to recession.

About 82 million people, or three-fifths of the U.S. workforce, are hourly employees. Many of them won’t get paid if they don’t work. For those in a category that includes restaurant, hotel, amusement park, and casino workers, just one-third have access to paid sick leave, according to Wells Fargo. 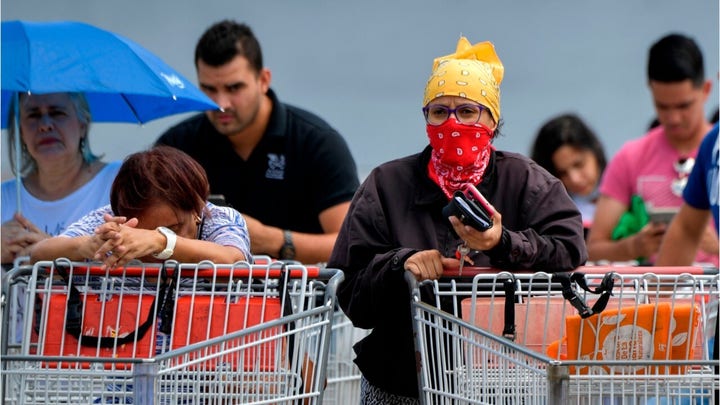 Most people who come down with the disease have relatively mild symptoms, but it can be deadly for some, especially the elderly and those with underlying health problems. Most people infected with the virus recover in a matter of weeks.

The number of infections in the U.S. climbed to about 4,300, with at least 78 deaths, two-thirds of them in hard-hit Washington state, where many residents of a suburban Seattle nursing home have been cut down by the virus.