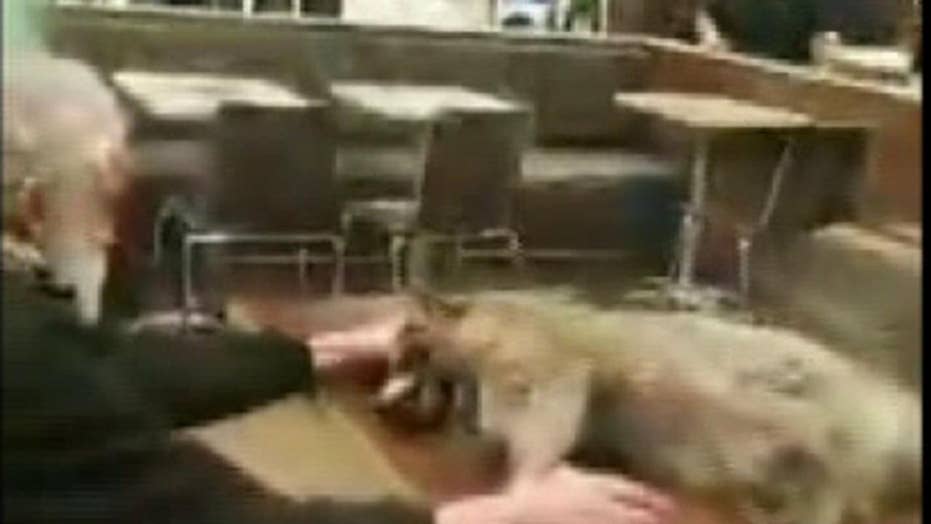 Police were called on the incident, the man who brought the dead animal was evaluated for mental health. The McDonald's reopened hours later after staff cleaned and sanitized the dining area.

A McDonald's in California has reopened three days after a man brought the bloody carcass of a dead raccoon into the restaurant and placed it on a table.

The hazardous situation unfolded just before 7 a.m. Sunday when an unidentified man was caught on Facebook live, posted by Chris Brooks, sitting alongside the critter at the chain's Potrero Avenue and 16th Street restaurant in San Francisco.

According to NBC Bay Area reporter Sam Brock, the San Francisco Department of Health gave the all clear for the chain to open its doors to the public after the disturbing incident.

"This motherf---er put the raccoon on the table!" Brooks said in the video.

The video appeared to show an older man with white hair sitting next to the raccoon. An employee pointed toward the man, who then left the table — abandoning the deceased "trash panda" — and walked around the store, seemingly talking to people.

An unidentified man with gloves eventually picked up the animal by its tail and dropped it in a garbage can outside, all the while creating a trail of blood from the table through the store and out to the parking lot.

San Francisco police officers responded to the scene and engaged with the man. The department told Fox News on Wednesday that the man who allegedly brought the critter into the McDonald's didn't meet the criteria to be taken into custody for mental health detention, and was released at the scene.

McDonald's told Fox News that immediately after the incident, the fast-food restaurant closed.

When asked whether or not customers would return the location since the raccoon incident, most people didn't seem too bothered by restaurant's history.

"A restaurant will never be cleaner then it is the day after reopening and with so many Health Inspectors watching them," one person tweeted.

"I’ve seen worse than a dead raccoon at that same McDonald’s," someone else wrote.