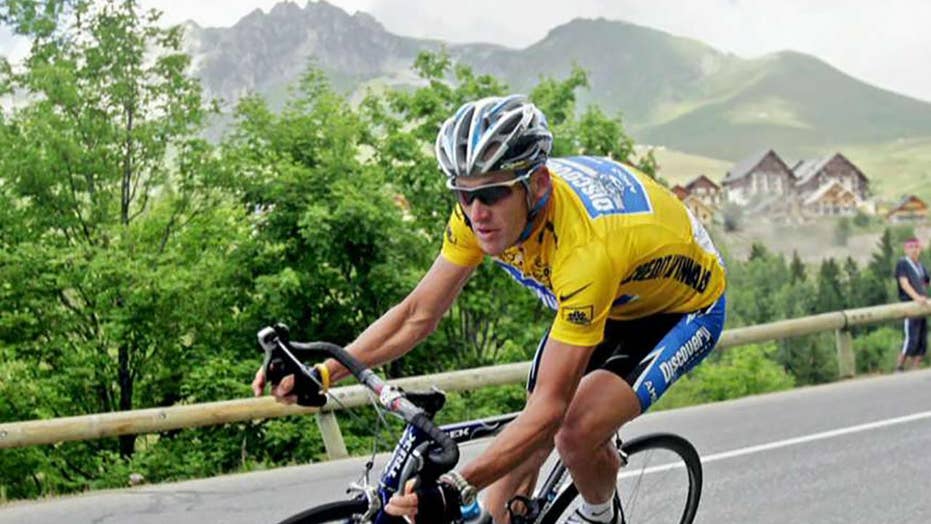 Lance Armstrong settles with US government for $5 million

Lance Armstrong recently admitted he can "understand" why some people feel hostile towards him, which once reportedly motivated the former professional cyclist to pick up the tab for a bar full of people booing him.

The seven-time Tour de France winner made the admission in an interview with "Freakonomics Radio" host Stephen Dubner.

On the show, Armstrong said he was stepping into an Uber in Denver during summer of 2017, ahead of the Colorado Classic pro cycling road race, when an angry patron at a nearby brewpub began shouting expletives in his direction.

The name of the bar where the incident occurred remains unclear at this time.

Shaking off the encounter off en route to the race, the 46-year-old felt compelled to take action.

"I’m not saying a word, but I’m saying to myself, 'You’re Lance Armstrong. You have to do something. You can’t take that,' he recalled, before phoning the bar and detailing the situation to the manager, who profusely apologized.

Armstrong claimed he then asked the manager to do him a favor.

“Okay, I need you to do me a favor. Here’s my credit card number. I want you to walk out there and you buy everything they're eating and drinking. And tell them that I understand,” he claimed.

“Me of 10 years ago, I would have jumped across the railing and start throwing punches. But this is 2017 in summer, sitting in the car saying, 'I have to act. I got to do something," the Livestrong founder said. "And that’s the best thing that I could come up with. And just to say to those people 'Look, I get it.'”

Armstrong was originally stripped of his Tour de France titles and banned from cycling in 2012, after the U.S. Anti-Doping accused Armstrong of performance-enhancing drugs throughout his career.