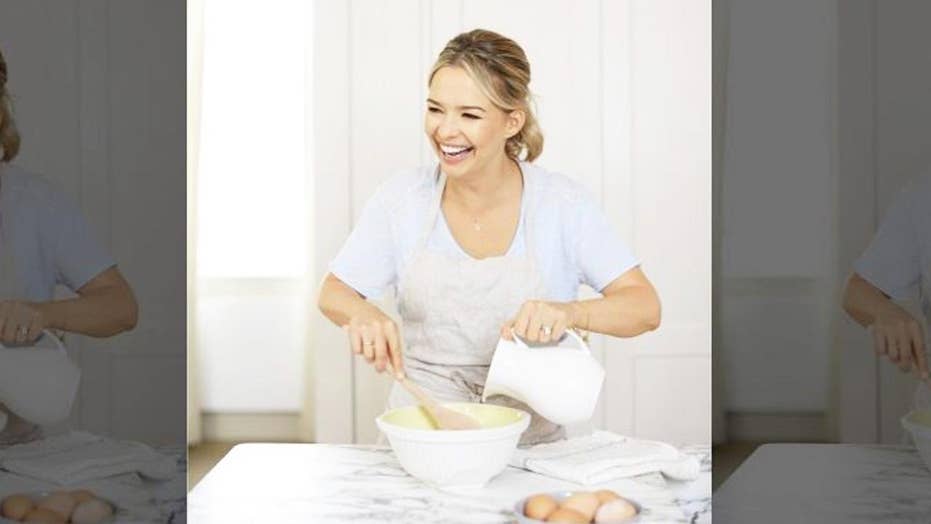 ‘Ladies of London’ star dishes on life is a busy mom

Bravo star Marissa Hermer dishes on her new cookbook, “An American Girl in London” and how to feed the whole family as a busy working mother

Marissa Hermer may be best known as one of the posh Americans on Bravo's hit show “Ladies of London,” but now, as a new cookbook author, she's not worried about a little mess when it comes to cooking her favorite foods.

Released in April, “An American Girl in London” features 120 recipes all built around the idea of nourishing your family. It also includes tips on how to prep multiple meals at a time and even batch cook favorites that store well for days.

Though not a professionally trained chef Hermer has been thinking about food for a long time. While helping develop menu ideas for her husband’s London eatery Bumpkin, Hermer realized she wanted to incorporate more “quinoa, avocado and healthier, fresher flavors” into the traditional dishes based on British comfort food. Those ideas became the basis for her freshman cookbook effort.

But the book is also a deeply personal remedy to Hermer who penned many of the recipes while on bedrest during a difficult third pregnancy.

“When I was pregnant with Sadie I was hearing some very scary things from the doctor’s office and the book almost gave me a respite from all that,” says Hermer of being able to work on her recipes while confined to the house for medical reasons. “It gave me an escape from all the things I was having to deal with. Cooking and chopping and stirring for me is very therapeutic.”

BEST MOTHER'S DAY GIFTS FOR THE MOM WHO LOVES TO COOK

Now, the busy wife and mother of three knows plenty about what it takes to keep everyone in her family well-fed-- and it doesn't mean cooking a bunch of different things.

“I think like a lot of busy moms, I’ll cook one meal for everyone,” says Hermer. Whether it’s her own take on an Indian curry, a protein-packed salad, or veggies and quinoa, Hermer’s dishes are meant to appeal to a range of palates. “My kids, they eat what we’re eating.”

Hermer may be well on way her domestic diva stardom—she's already sold her first solo restaurant venture, Top Dog, a gourmet hot dog eatery in London—and she has plenty of recipes under her belt. But in her early career days working for several high profile public relations firms in New York City, Hermer wasn’t always so keen on cooking for herself—or others.

“The truth is, I haven’t been cooking that long. I lived in New York City before I lived in London and I lived across the street from Dean and Deluca, so I had takeaway,” Hermer acknowledges. “I only really started cooking when I had a family.”

That changed soon after she met her now husband Matt Hermer, a nightblucb owner and restaurateur-- and Marissa’s mother told her the old adage that a way to man’s heart was through his stomach. Just two years after meeting, Matt and Marissa got married and she moved to the U.K. in 2008 where she helped grow the family's nightlife-restaurant business. After nearly a decade overseas, the Hermers decided it was time for some California sunshine.

After moving her family back to the U.S. late last year, Hermer says she’s looking forward to incorporating more California ingredients back into her weeknight staples. And she’s excited to bring a little taste of London to the notoriously casual West Coast dining scene.

“Matt is so excited about the opportunity to open up restaurants in L.A. which is great,” says Hermer. “There’s certainly an exploding food scene there but there’s a lot of room for growth.”

As for what the busy mom really wants this Mother’s Day? A little time with the family—but mostly some time just to relax.

Her ideal day would start with breakfast in bed—“without the mess” – followed by a massage, a run or a hike, and time alone to take a relaxing bath.

For more of Hermer’s recipes or to ask about her new food ventures, follow her on Instagram @MarissaHemer. “An American Girl in London” was released in April 2017 by publishing house Rodale.