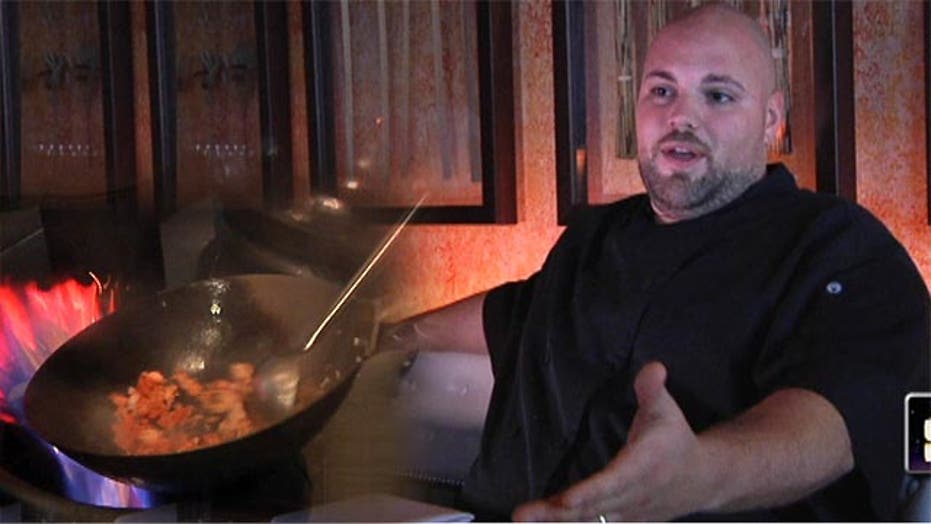 Walk through the doors of chef Jean-Georges Vongerichten’s Spice Market, a sprawling restaurant in the New York City’s trendy Meatpacking district, and you’re immediately transported to another place. Each element of its eclectic custom decor and every dish on its menu are homage to his travels through Southeast Asia.

Executive chef Anthony Ricco has been with the restaurant since it opened 10 years ago.

"We try to meet the ambiance at the restaurant. We have half of the job already done when you walk in the building, so it’s the kitchen’s job and the cocktails job to meet you and complete the other half of your dining experience," Ricco says.

There are three other Spice Markets around the world, in Qatar, the United Kingdom and Atlanta. But the Meatpacking District location is its flagship.

To mark their 10-year anniversary, they've created a menu filled with dishes that enhance the flavors they've become known for.

"We want to have a special menu with the old standards and incorporating some of the new techniques and new dishes and outside influences that are a big part of our culture," Ricco explains.

From the complex coffee glazed baby back ribs to the refreshing lobster summer rolls and even Jean-George's wife Marja's favorite: a simple house made kimchi fried rice, no attention to flavor is spared on this menu.

Spice Market isn't just celebrating with food.  Its signature drinks are getting the anniversary treatment too, dressing up a traditional margarita with ginger and adding the unexpected kumquat to their mojito.

He's right.  The moment the Spice Market announced their 10th anniversary menu, the phone started ringing off the hook for reservations.

And if the food is any indication, they'll be celebrating their 20th, 30th and more.