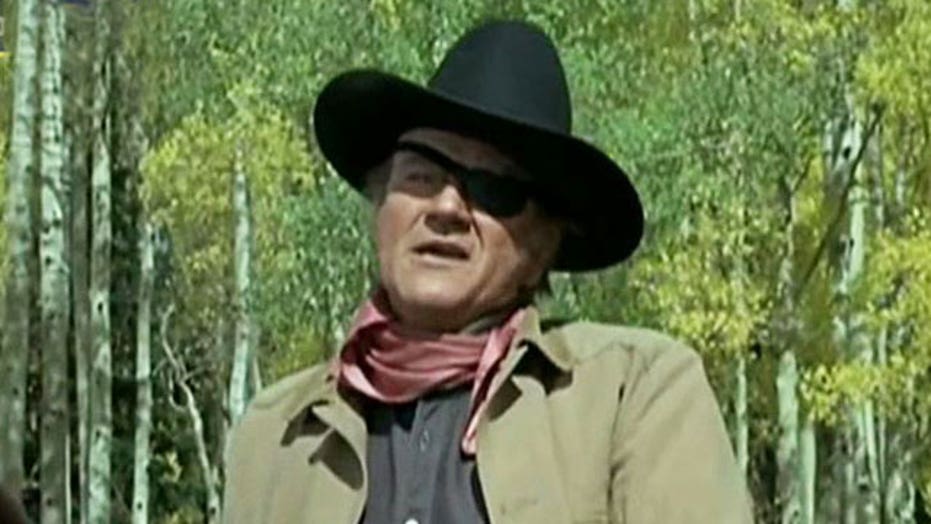 John Wayne's heirs are locked in a legal battle with Duke University over the family's right to market bottles of bourbon branded with the late movie star's nickname, Duke.

John Wayne Enterprises filed a federal lawsuit filed last week charging that the elite university in Durham North Carolina is obstructing efforts to launch a  range of "Duke" alcoholic beverages.The late actor used the Duke moniker since childhood, when he adopted the name of the family dog.

Three weeks ago, Wayne's family started using the name "Duke" to sell their own Kentucky bourbon.  The image on the bottle is of Wayne holding a rifle with "Duke" emblazoned over it in bold letters and the phrase "A man's gotta do what a man's gotta do," according to court filings.

Lawyers for the university say allowing the Wayne estate to use the name could cause confusion and "diminish, dilute and tarnish" the value of the name, for which both parties hold trademarks.

John Wayne's son, Ethan, who is in charge of his estate, told Fox News on Friday that the claim  the bourbon is going to create confusion is preposterous.

“We’ve never tried to trademark anything that wasn’t associated with John Wanye’s name, image and likeness.  And in all our trademark applications and all our efforts to resolve this by a coexistence agreement with Duke University has been met with no, you can’t use Duke,” he said.

Duke University made the first legal move against the Wayne heirs when it opposed their 2005 trademark application to use the name Duke for a restaurant. The private university declined to disclose how much it brings in each year licensing and marketing merchandise featuring the Duke name and its Blue Devils mascot.

“I would like to end this dispute with Duke University.  They’re academics, they’re athletics, they’re research. I have no issue with them other than they try to keep me from using Duke with John Wayne all around the word,” said Wayne.