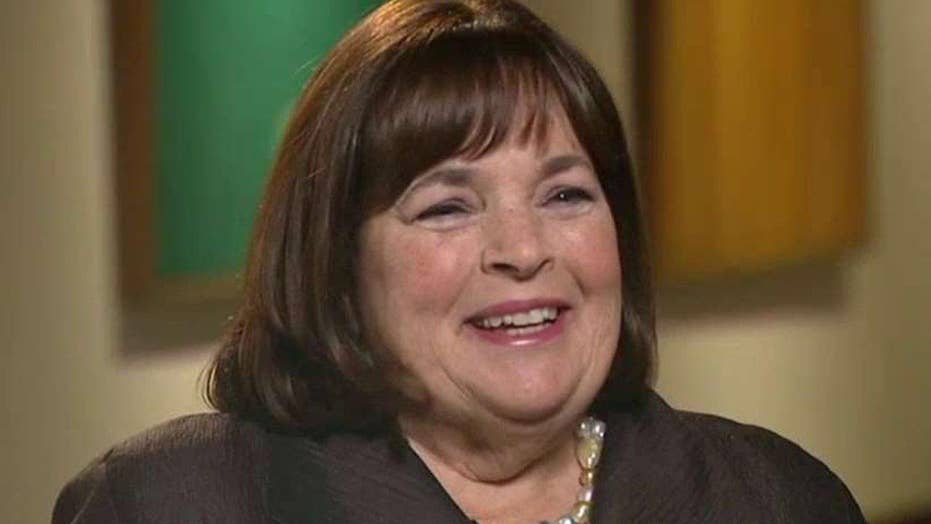 For the past 15 years, Food Network viewers have grown fond of watching Ina Garten prepare a never-ending series of mouthwatering meals for her beloved Jeffrey.

Before the cameras start rolling, however, the host of “Barefoot Contessa” sits down for her own morning meal-- and despite the fact that she's authored hundreds of recipes, Garten claims she’s eaten the same exact breakfast every day for at least the past decade.

And it’s shocking how mundane it is.

At the request of Bon Appetit, Ina Garten shared the details of her actual grocery list and cooking habits and gave her fans a glimpse into what she actually eats on any given weekend.

For starters, Garten doesn’t bother with an extravagant morning meal.

“I've had the same thing for breakfast every single day for 10 years: coffee and McCann's quick-cooking Irish oatmeal,” revealed Garten, adding that she cooks the oats with lots of salt so it doesn’t “taste like wallpaper paste.”

Her other frequent purchases include lemons — she often has bowls of them on display in any given “Barefoot Contessa” episode — as well as Parmesan, butter, eggs and chocolate. She also admitted that she doesn’t always feel like cooking after a long day of developing recipes, so she often picks up pre-cooked meals of orange-roasted salmon, beef stew, or shrimp and swordfish curry from Loaves & Fishes, a family-owned market near her home in the Hamptons.

And when Garten does cook — usually on Fridays and Saturdays — she can’t always trust herself to do her own shopping.

“My assistant, Lidey, shops for me to save having to go to the grocery store,” Garten said. “If I go to to the store myself, sometimes I end up impulsively getting the two forbidden things: Tate's chocolate chip cookies and vanilla Häagen-Dazs, if I'm being really bad.”

On Sundays, Garten says that she and her husband head to the beach, then follow it up with a trip to a local restaurant. Later, they tuck into a pot of leftover soup she keeps in the freezer (right next to her Grey Goose vodka), and then it’s on to dessert: “We always have granola,” according to Garten, who prefers to dress up her grains with yogurt and berries.

If that doesn't already sounds like an ideal weekend full of good food, fine living, and plenty of rest and relaxation, get ready to hear about her weekend wind-down ritual.

Garten’s cooking series, “Barefoot Contessa,” first debuted on Food Network in 2002. She has since filmed more than 275 episodes and shared over 500 recipes. Her latest best-selling cookbook, "Cooking for Jeffrey," was released in October.