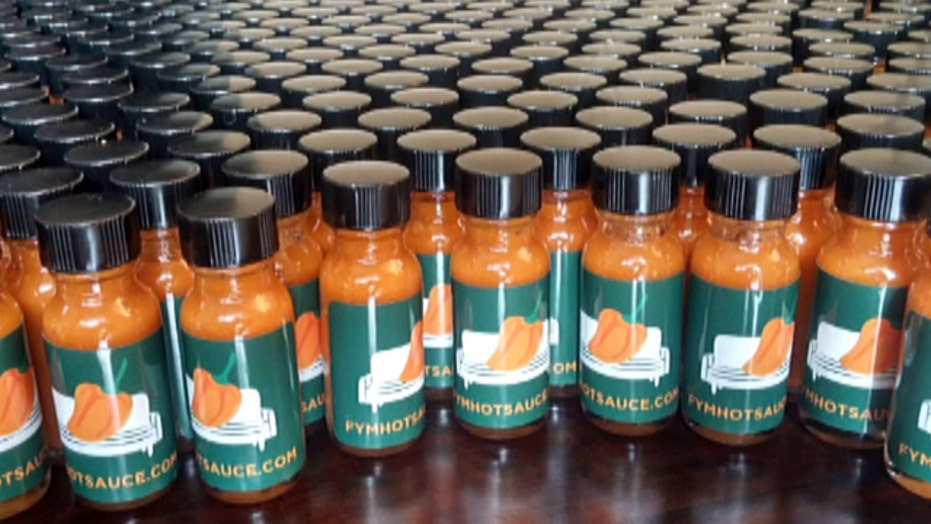 An Oregon hot sauce maker tapped into the power of the Reddit community to help earn funding for his Kickstarter campaign to make his foodie dreams come true.

Dane Wilcox, owner of  FYM Hot Sauce, went on the social networking site to help raise awareness of his business for an upcoming Kickerstarter campaign.  After three weeks of Reddit feedback, Wilcox launched his hot sauce Kickstarter page, and within 12 hours reached his goal of $5,500 -- exceeded it by more than $40,000 so far.

Wilcox started FYM Hot Sauce after planting a few pepper plants in his backyard. At the end of the season, he had more peppers than he knew what to do with. "I did what any normal person would do and made them into sauce," Wilcox told FoxNews.com.

Wilcox first reached out to the Reddit r/Portland community, offering free samples in exchange for feedback on his habanero-based hot sauce. After garnering some positive reviews, he took it a step further and posted in Reddit r/hotsauce, a community dedicated to spicy condiments.

"My hope is that if I send out enough free samples then people will send comments back to me that I can use as a testimonial on the page to show that it is worth supporting," Wilcox posted. "I don't want to ask people for money based on trusting some random Internet person that says they make something good."

He says the success of his Kickstarter campaign is due to the Reddit community. "I credit them for pretty much everything," Wilcox said. "They were responsible for 50 percent of the donations total on the Kickstarter."

As for whether other might be able to follow his recipe for success, Wilcox says it's all about having a good product and knowing your audience.

Wilcox plans to use the extra money to release additional sauces on the market and create a downloadable recipe e-book for backers of the campaign.

"It's really just about finding a way to connect with the user base," Wilcox said. "If people like your product then they're going to buy it."