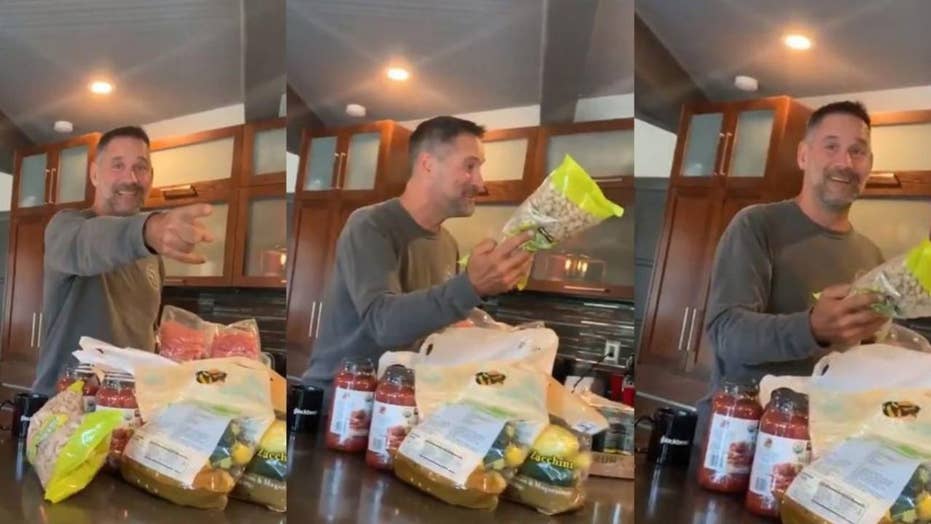 One California dad has gone massively viral on Twitter for his sheer joy in showing off the grocery haul from his first-ever trip to Costco.

One California dad has gone massively viral on Twitter for his sheer joy in showing off the grocery haul from his first-ever trip to Costco, in video footage that has since been viewed nearly 6.5 million times on Twitter and won the man plenty of new romantic admirers.

On March 24, TJ Musto shared a 37-second clip of his dad, Tom, jubilantly regaling the deals and steals he scored at the membership-based warehouse club — though the Los Angeles father now admits he never thought the funny video would reach so many people, CNBC reports, with commenters crowning Tom "hot Costco dad."

“My dad went to Costco for the first time in his life,” TJ captioned the post, which has since won more than 430,000 likes and sparked nearly 2,000 replies.

One California father has gone massively viral on Twitter for his sheer joy in showing off the grocery haul from his first-ever trip to Costco. (TJ Musto via Storyful)

In the clip, 49-year-old Tom is all smiles as he shows off purchases from his inaugural trip to Costco, which include water, jars of marinara sauce and $8 sausages, to people beyond the camera frame.

"Dude, Stephanie says she is getting me a Costco's card for my birthday," Tom proudly gushes with a laugh, before walking away, bargain sausages in tow.

In the days since, the elder Musto’s sincerity has won massive from Costco enthusiasts and not-so-secret-admirers alike.

Others urged Tom to try the superstore’s hot dogs, samples and rotisserie chicken, while some users declared their love for him.

“I’m sorry but your dad is fine as hell,” one honest user wrote.

“Who is Stephanie and how do we get rid of her, amirite?” one jokester quipped.

“Give this man an executive membership!!” one cried.

“I want to go to Costco with your dad,” another swooned.

"About being 'hot Costco dad' ...it's a bit overwhelming, I thought this would have died after a day. It's just crazy," he told CNBC. "My kids video me all the time when I don't know it, they think I am funny.”

"He's newly single so I’m always trying to up his confidence," the son told Mashable. "He loves it, even though he’s trying to downplay it all. He's real humble."

“Thank you all for being nice to my dad. He was excited to hear all the surprisingly nice things the internet said about him,” TJ tweeted the next day.