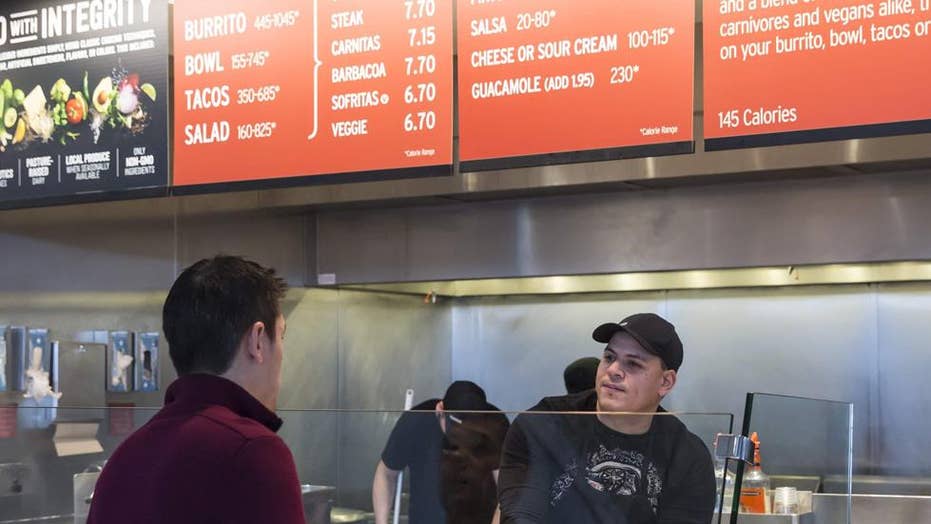 After recovering from a series of highly publicized food safety scares and news of multiple lawsuits, Chipotle Mexican Grill is working on getting its groove back after a difficult year.

On Tuesday, CEO and founder Steve Ells spoke with investors and fellow executives about the company's future. Ells told meeting attendees in Orlando that “2016 was indeed a challenging year for us, the most challenging we’ve ever faced," but presented several new ideas for 2017.

But are these ideas big enough to turn the burrito chain around?

Still recovering from the E.coli outbreak, the food chain announced another round of food-safety changes. Chipotle says it's equipping all 2,200 locations with “breakthrough” technology – a device that sucks pathogens directly out of the air. RGF Environmental Group, a Florida-based food-sanitation company, manufactures three high tech devices that it says prevents the spread of harmful, foodborne bacteria like E.coli and listeria.

WOMAN SUES CHIPOTLE FOR $2 BILLION OVER USE OF PHOTO

The company, which historically has been adverse to over-the-top campaigns, is slated to launch its biggest advertising campaign ever in April. Chipotle says it will produce more ads consistently throughout the year that focus on its quality ingredients. The brand may even advertise on TV.

Chipotle has had online ordering since 2009-- but the company has since made significant changes to its digital ordering platform. Redesigned and, so says the company, simplified, Chipotle's online ordering process as well as enabled digital payments will ideally make everything more seamless for customers. Smarter pick up times (which allow customers to pre-order ahead of time to avoid lengthy lunchtime queues) are also available at 1,100 locations.

Adding a sweet treat to the menu

Although the simplicity of the Chipotle menu has historically been key to the brand's success, the chain is looking to add something they've never done before: a sweet ending. Ells remained secretive about the new treat but says it requires just one extra ingredient to make and will likely roll out sometime in the spring.

In the past, Ells says store managers were encouraged to have every single crew member interview each potential candidate. While it helped teams bond, the chain now says this method has proved inefficient and time consuming, as crew members had to be pulled off of the service line during peak service hours.

On average 17 candidates would be reviewed and it took over five days to fill a single position-- often losing qualified candidates to competitors. The chain hopes to dramatically reduce the number of applicants for review and decrease the time between interviewing and hiring. Better employees, says Chipotle, will lead to a better consumer experience.

Ells says he's confident these tweaks will equate to a better 2017 for the burrito chain.

“The changes I outlined are already on their way and we are beginning to see results. In the coming months you will see the return of the kind of restaurant operations that Chipotle was known for from the very beginning,” says Ells.