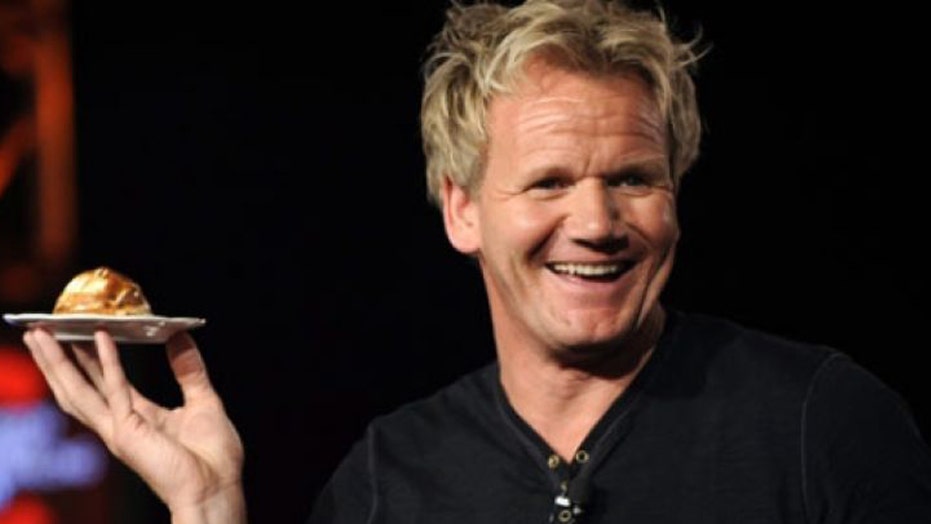 Celebrity chef returns for another season of FOX's 'Hotel Hell'

Gordon Ramsay may be best known for his foul-mouth and no nonsense attitude in the kitchen.

But after spoiling an engagement surprise at one of his Las Vegas eateries, the outspoken chef may finally learn to hold his tongue.

Speaking at the Vegas Uncork’d food and wine festival, Ramsay relayed the embarrassing gaffe that happened at his Pub & Grill in Caesar's Palace.

“Three weeks ago, one of my maitre d’s asked me if I would go over to table seven, who were celebrating their engagement,” the "Hell’s Kitchen" star revealed, reports The Telegraph. “So I said: ‘Send two nice glasses of champagne over to them’.”

But his celebratory gesture was a bit premature.

“When the champagne arrived, I went over to congratulate them - and he hadn’t asked her!”

Ramsay said the waiter, who is not a native English speaker, got his tenses confused and likely meant to say the group would be celebrating a proposal later that evening.

In typical Ramsay fashion, he reportedly gave a severe “dressing down” to the waiter but didn’t elaborate on how the rest of the night continued.

During the event at Caesar’s Palace, Ramsay also compared cooking to love-making.

“When you cook a risotto you should be taking your time. Making a risotto is like making love. You have to take you time, spend about 25 minutes doing it absolutely right,” said the chef.

He admonished cooks who speed through the process—in the kitchen and in the bedroom.

“I know men out there who want to rush their risotto and get it done in two minutes-- and you know who you are.”