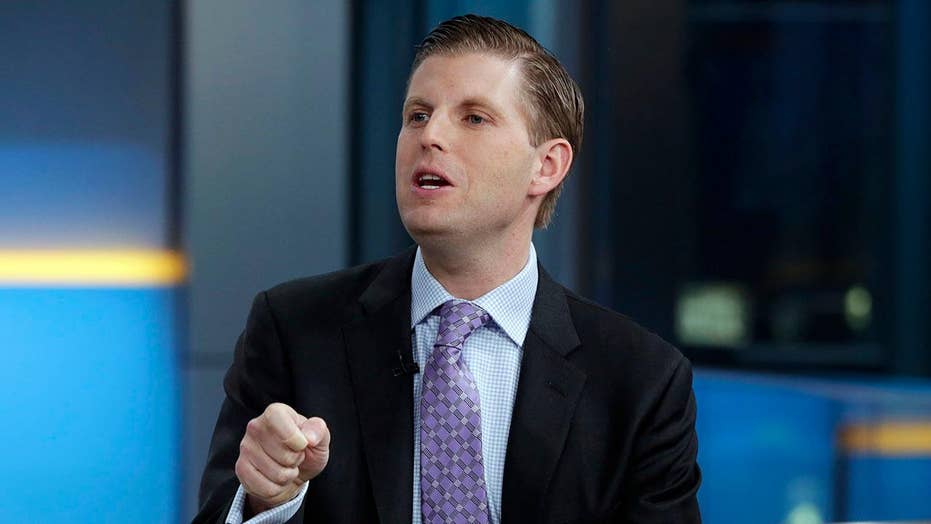 The unidentified employee was reportedly released from police custody after Eric Trump declined to press charges; reaction and analysis on 'The Five.'

A GoFundMe page says it is raising money for the restaurant employee who allegedly spat on Eric Trump Tuesday night.

It was reported that the president's son was confronted by a female server at Aviary in Chicago. The Chicago Police Department and the Secret Service were involved in the incident.

The Alinea Group, which owns the high-end cocktail bar, called the incident "unfortunate" and told Fox News their HR team has "placed her on leave" as they looked into the matter.

On Wednesday, a GoFundMe campaign appeared to be established for the employee.

"My friend allegedly spat on Eric Trump and got fired. That's what happens when we bring the crises from our neighborhoods to the people causing/getting rich off those crise (sp)," says Brian, the GoFundMe page organizer. "I want to make sure she's good to go until she finds a new job, and that she won't have to worry about paying any legal fees etc."

Brian did not immediately respond to Fox News' request for comment.