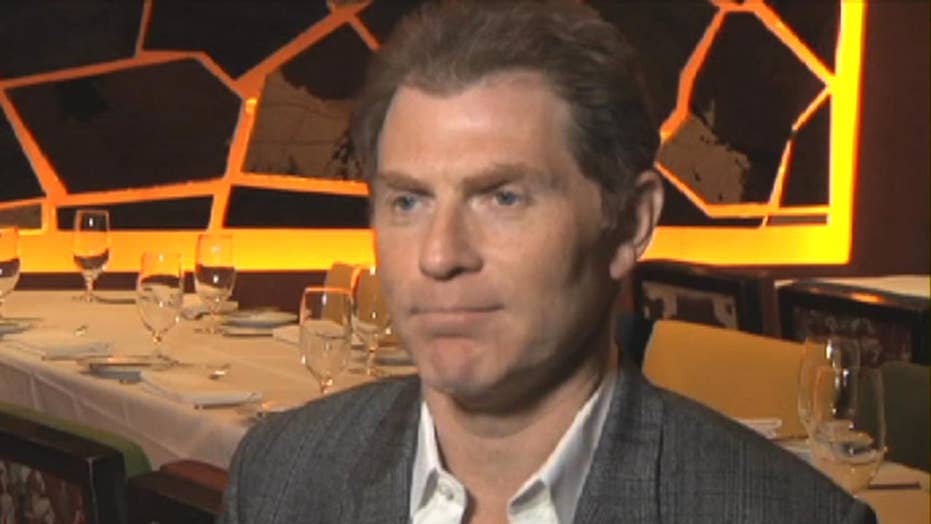 Celebrity chefs on satisfying their sweet tooth, eating out

When it comes to fine dining, nothing beats a great meal at a fantastic restaurant — followed by a little something sweet, of course.

But picking the right restaurant is a lot trickier than it seems. Too often, the atmosphere is off, the menu is all over the place, or the service is just a little bit lacking. But that’s just how it goes, right?

'MAN VS. FOOD' SET TO RETURN WITH NEW HOST

“Really, what I look for is a busy restaurant,” says restaurateur and cookbook author Mary Sue Milliken. “I like to look at the menu, and see if it’s written … wisely. And then I like to look at what everybody’s eating. I mean, I just pay attention to every detail of the restaurant before I commit to it.”

“I look for warmth in whoever is the first person to greet me, number one,” said De Laurentiis, who added that she won’t even eat at a place that doesn’t feel comfortable and inviting. “Most restaurants are very uncomfortable. Why? Because they want you to sit, eat and get out!”

But even if a dining experience doesn’t go exactly as planned, most chefs agreed that dessert is the perfect way to end the meal on a high note.

“I still love my sweets, I really do,” admitted Carlo’s Bakery owner Valastro. “I gotta tell you, right now, I’m heavier than I wanna be!”

So, which dessert do they reach for when they’re craving something sweet? More often than not, they told Fox News they head straight to the freezer aisle.

“I am an ice-cream fanatic,” said Bobby Flay. “And, you know, it’s just sugar, it’s cream and milk, and some other stuff … but it’s really is the thing I reach for when I want some excess.”