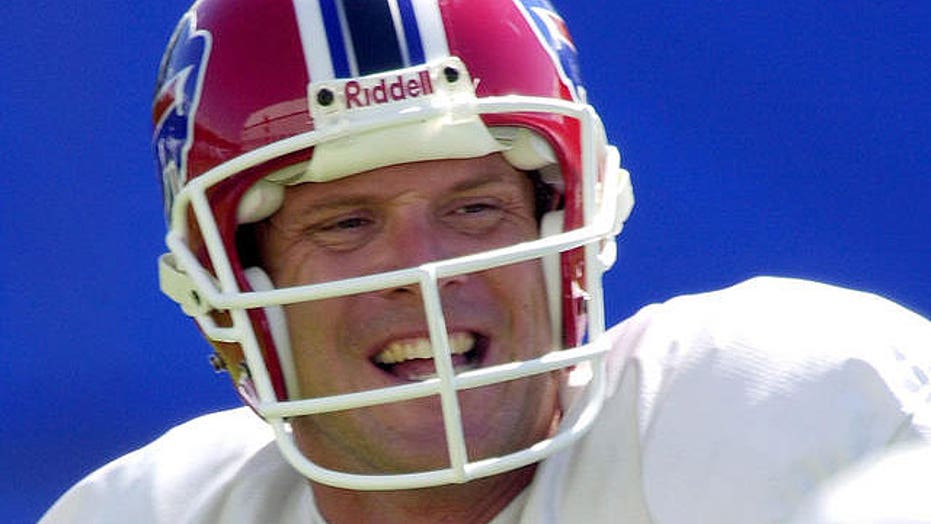 NFL star returns home and finds success with his vineyard

Former NFL Quarterback, Drew Bledsoe, headed back home to Walla Walla Washington after years on the field to create an award winning wine.

There are a lot of impressive things about former NFL star Drew Bledsoe. Any football fan can give you a long list about the quarterback who played for the New England Patriots, Buffalo Bills and Dallas Cowboys.

But what impressed me most was that he was planning what he was going to do after hanging up his football jersey while he was still on the field throwing touchdown passes.

He and his wife bought property and planted some grapes back in 2003. Now keep in mind, he was still playing ball with the Buffalo Bills in 2003.

They purchased land in Walla Walla, Washington, in the Columbia Valley, where Bledsoe grew up.  They planted Cabernet Sauvignon, Cabernet Franc, Merlot, Syrah and Petit Verdot.

Bledsoe then went on to play for the Dallas Cowboys and finally retired in 2007. All along, his grapes were growing and fermenting and being watched by his childhood friend Chris Figgins. And finally they were being bottled.

He named his wine Doubleback, because he said he “doubled backed” to the place where he started from.

Oh sure, he’s in the New England Patriots Hall of Fame, but his Doubleback Cabernet landed on Wine Spectator’s Top 100 list in its very first year. Holy touchdown!

And more recently the 2010 got 95 Points from Robert Parker's The Wine Advocate. The guy is still scoring.

And he’s running plays down in Congress now, trying to get legislation lifted that prohibits wineries from shiping directly to out–of–state customers. It all started when he tried to ship wine to his friend Tom Brady in Massachusetts and realized it was not legally possible.

Forty states allow direct shipping from wineries, but Massachusetts is not one of them.

So there is legislation backed by Bledsoe and a coalition called Free the Grapes that would relax what some say is antiquated legislation.  Governor Deval Patrick, who happens to be a wine lover, said he was a strong supporter of the bill -- so fingers crossed -- something finally happens and we can start receiving wine from all over the country.

So while you can no longer watch Bledsoe play on game day, hopefully the day will come that we can all enjoy a glass of his Doubleback while we watch his buddy Tom Brady play ball.