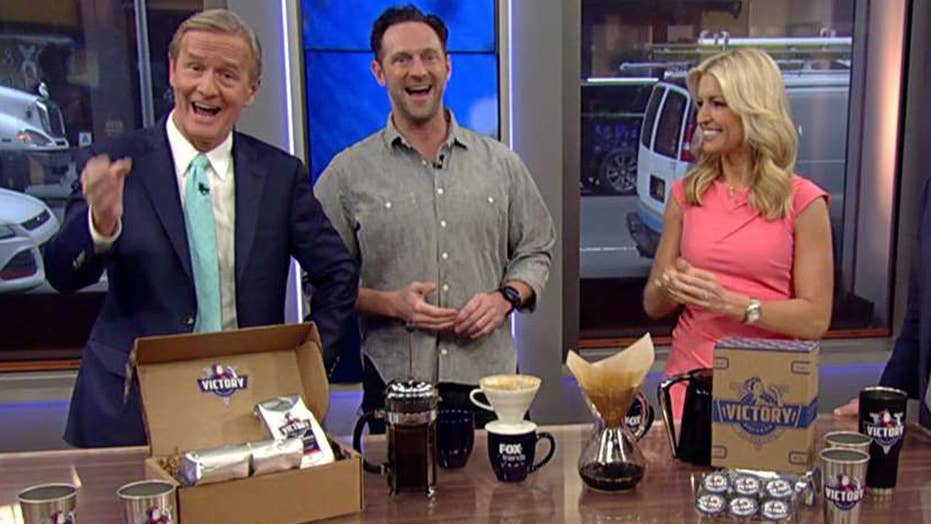 A former Navy SEAL wants his coffee in the hands of America's new Commander in Chief. But he wants civilians to love his brew, too.

“You can’t send the troops to war without coffee unless you want to lose,” founder of  Victory Coffees and Navy SEAL, Cade Courtley told Fox & Friends Monday.

Courtley recently brought his company to ABC’s "Shark Tank" but none of the sharks wanted to bite. Surprisingly, the coffee entrepeneur says not landing a deal was one of the best things to happen o him. Courtley now wants to prove the Sharks wrong-- and show fans that patriotism never fails.

Victory Coffees, founded 18 months ago, is a veteran owned and veteran operated business on a mission to deliver "organically grown/fairly traded international coffee blends" right to your door. The coffee is available as whole beans, ground or even K-Cups, known as solider cups in Victory lingo.

For just $1 a cup, Victory Coffees will deliver straight to your door with a monthly subscription.

Courtley says he's not just serving up “the world’s strongest coffee” he's making it a priority to employ veterans.

Victory coffee will also be available for free in every VA hospital in the U.S.

On Fox & Friends, Courtley even delivered a message just for President Trump.

“Mr. President, I challenge you to allow Victory coffee to be the exclusive coffee of the White House.”