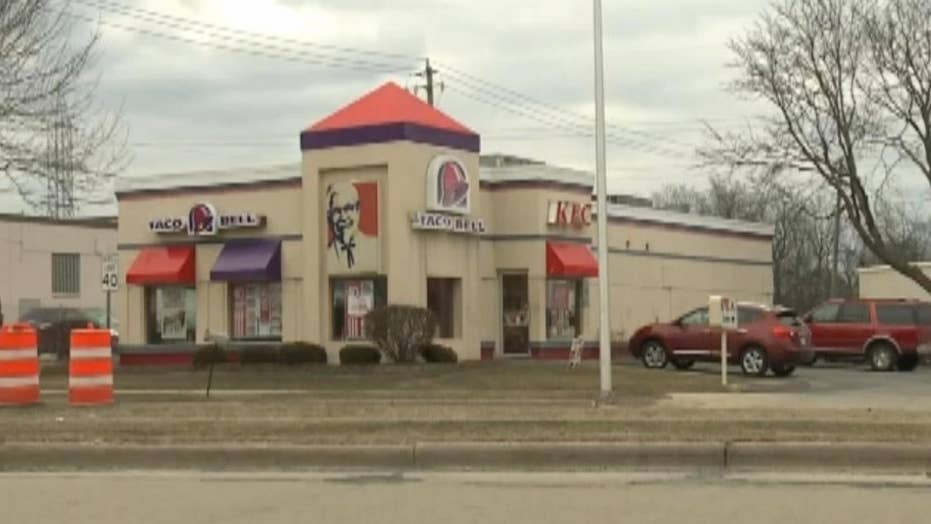 Justice was quickly served when staffers at a joint KFC/Taco Bell in Wisconsin aided police in catching an armed robbery suspect.

On April 7 around 7:45 p.m., a man stormed into a KFC/Taco Bell in Milwaukee and held up the restaurant, Fox 6 reported.

Pointing a gun at employees before demanding money from the register, the Milwaukee Police Department said the suspect "jumped the counter," chased employees and stole items from the chain’s office. He then fled.

One of the employees immediately called 911 and gave police a description of the felon.

"We basically put out a broadcast of the suspect description," said Officer Marshall Jones, who arrived at the scene. "What the guy was wearing, what he looked like, what direction he took off in, what property was obtained," Officer William Schlick added.

Jones and Schlicke stayed inside the restaurant as eight squads saturated the area, looking for the suspect. One officer soon spotted him.

"When I attempted to conduct a field interview with that gentleman, he fled on foot," Officer Nicholas Schlei said of the encounter. Fifteen minutes later, the suspect was caught.

"He was still in the area and after a short foot chase, he was apprehended," Officer Kevin Lukowski told Fox 8.

"Ultimately, it was a great team effort and great communication by everybody that made this situation resolve the way it did,” Schlei said of the heist.

Fortunately, no one was hurt in the scare. Charges are now pending against the suspect.