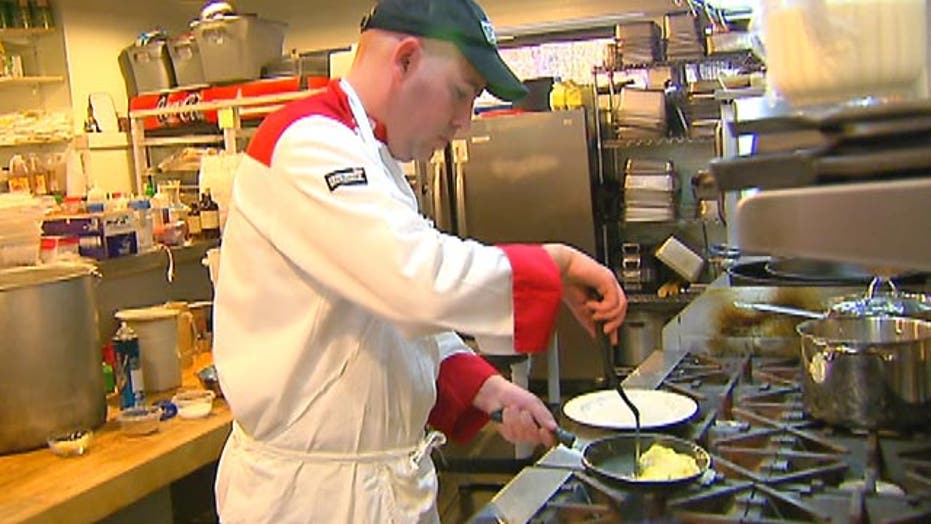 'The Real Story' gets to know real people

A professional kitchen and a military base may not seem like two places that have anything in common. But after looking at both a bit deeper, as Chef David James Robinson did before creating Culinary Command, the similarities were all too clear.

Founded two years ago in Chatham, New York by Robinson, known for his comprehensive video series entitled Learn How to Cook (and eat your mistakes)!, Culinary Command trains a select number of military veterans or active-duty soldiers who want to pursue a career in the culinary arts.

The rigorous 45-day program uses Robinson’s cooking series as the basis for the curriculum, but also features workshops by leaders in the food industry and trips to local food purveyors and businesses.

Because Culinary Command is non-profit and not affiliated with the military, it does not use tax dollars to fund the program. Rather, they are fully funded by private donors.

“There are so many parallels between the professional kitchen and military life,” said Robinson.  “And we thought maybe those skills would be attributable to veterans that were returning, and we were right. We work 12-14 hour days but we want to replicate the conditions of a professional kitchen.”

Sal Fernandez, an active duty airman in the Air Force, is familiar with the burdens that combat can bring, but he is aware of the therapeutic qualities of working in a kitchen as a chef.

“The military is a lot like cooking. You have your head chef, like your commander, and then the discipline, being on time and the attention to try to make everything perfect,” said Fernandez.

The 45-day course culminates with an 11-course dinner prepared by the graduates for family and friends.

Among the topics within the program are knife skills, cooking methods, menu planning, recipe creation and tablescape design and creation.

Culinary Command’s 2015 program is in the final stages of planning, and will be releasing dates and application details in the near future.