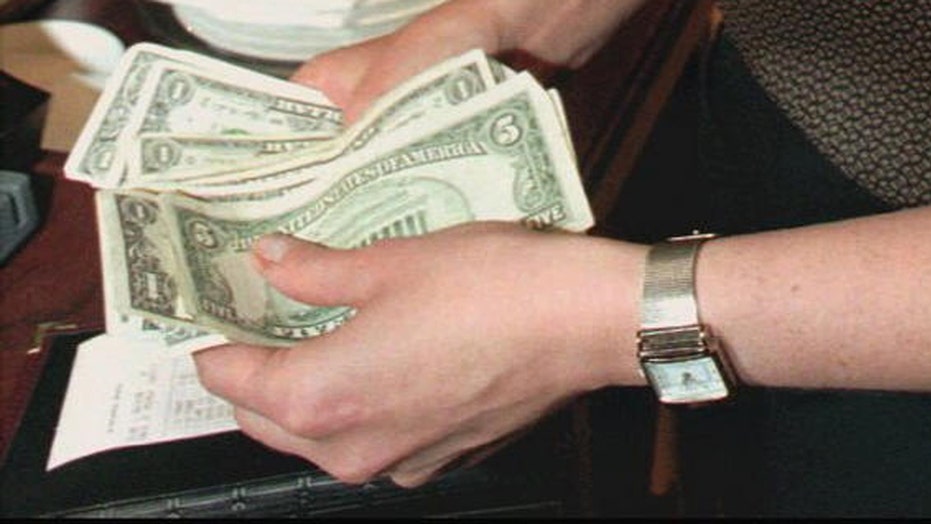 Danny Meyer restaurants to start a 'no tipping' policy

Like manna from heaven, a waitress in the Aloha State got the gift of a lifetime from a very generous couple.

While on server duty last week, Cayla Chandara told Hawaii’s KHON that she was just chatting with a couple from Australia, telling them how she ended up working two jobs; one at the Waikiki hotspot Noi Thai Cuisine, and the other at the Cheesecake Factory.

“They asked me where I was from, and I told them I moved here for school, but I was kind of in a little bit of debt and I couldn’t go back to school because I couldn’t afford it and the cost of living here,” Chandara told KHON.

The couple apparently took a liking to the young woman and left a whopping $200 tip on top of their $200 check.

Chandara says she was shocked by the couple's generosity and felt she had to thank them in a special way.

“I just thought it was so generous of them. I never get tipped that big. I had to say thank you,” she said. “During dinner, they told me where they were staying, so I ran there after work to see if they’d still be there.”

Chandara brought them a thank you card, flowers, and some dessert.

The couple, apparantly more than impressed by their server's gesture of gratitude, returned to the restaurant the very next day and offered her more than $10,000 to help her pay off her student loans.

“I was like, ‘No way, you don’t have to do that for me. I just wanted to say thank you,'” Chandara said. “I still don’t feel like it’s real. I want to run around in the streets.”

The altruistic couple have chosen to remain anonymous, but told Chandara the best way she could thank them was to just "be her best self."

“I want to make them proud. I will take this opportunity with an open heart and be a better person that I can be every day,” Chandara said.

The waitress says she plans to study liberal arts and business when she returns to school.