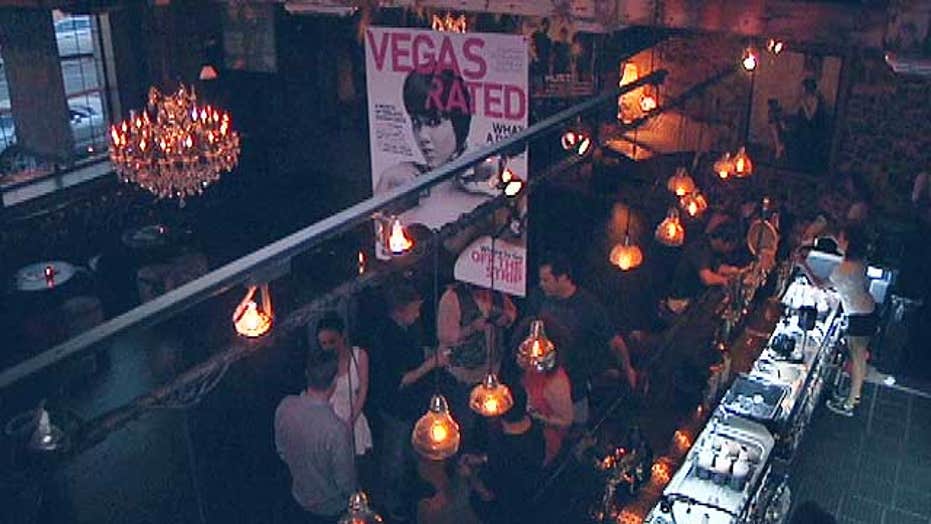 Las Vegas, Nev. – In a dimly lit Las Vegas bar, friends sit on bar stools and chat over a frosted pint of beer. Cocktails are shaken and poured into martini glasses.

The environment at Commonwealth bar feels like your favorite neighborhood pub. But, this establishment is fast becoming a place to be in downtown Sin City--better known for its glitziness than a cozy neighborhood feel.

Doherty originally comes from Boston. He tells FoxNews.com that he opened Commonwealth because Vegas was lacking a place with a hometown feel. In Sin City, people have to choose between a flashy bar or “a big club where you can’t hear each other speak.”

However, the bar isn’t gritty. There are some Vegas-approved accents. Regal-looking chandeliers hang from the ceiling, creating a soft glow. Elegant furniture is used in seating areas.

The pub is topped off with a friendly, roof top bar, similar to those Doherty is used to.

Jerry Lemon recently moved from New York to Vegas. He says he goes to Commonwealth for the eclectic vibe and to escape the noise of the Vegas strip.

“An experience, rather than ‘I’m in Vegas, let’s go nuts,’” Lemon said.

He's not alone. That appeal is catching on.

The Commonwealth Bar is essentially at the forefront of a nightlife trend in Vegas, which is trying to attract people to the downtown district. The nightlife is similar to places in New York and even California, where you can bar hop from place to place, instead of spending your entire night in a mega club on the strip.

“We’re definitely seeing more and more people who would not have necessarily come downtown a year ago, come twice a week now,” Doherty said.

“It’s very compatible to a vacation to have, like, both elements existing,” he said.