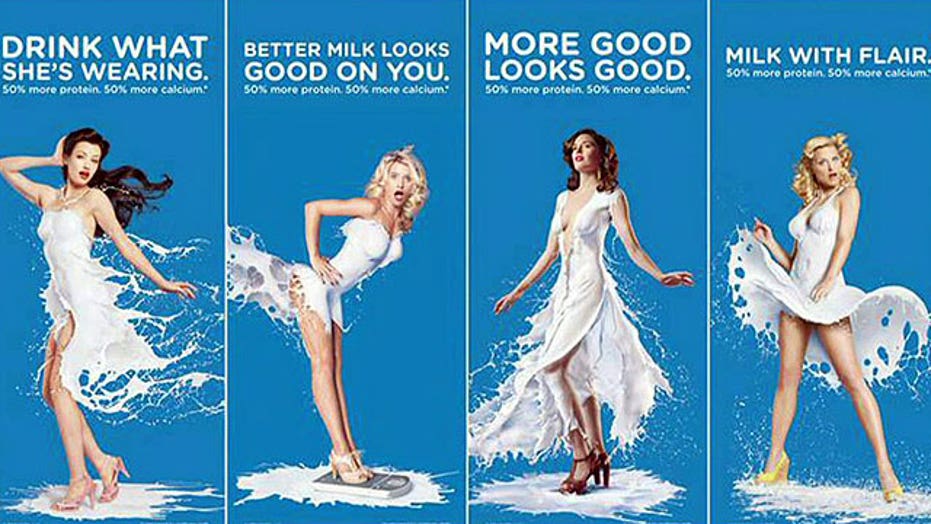 Looks like Coca-Cola's first foray into milk has turned a little sour.

After facing backlash for new ads that featured barely dressed women, the beverage giant is abandoning an ad campaign for its latest beverage product.

Fairlife, which has not yet been released nationwide, is an enhanced milk drink with more calcium, protein and less sugar than regular milk.

The controversial ads ran in Denver and Minneapolis over the summer, and were featured on the product’s official website until recently, reports CNN. The images featured pin-ep era women wearing nothing but splashes of milk— many evoking a Marilyn Monroe “manhole” moment—with taglines such as “Drink what she’s wearing” and “More good, looks good.”

“Seeing these images of women’s bodies being used, once again, to advertise an unrelated consumer product (“Drink what she’s wearing”) is a tedious reminder that when it comes to the objectification of women in advertising, we seem to be slipping backward instead of moving forward,” Bates wrote.

She said this ad was the latest in continual objectification of the female form used to sell products like video games, food and even electricity.

On Monday, Fairlife issued a statement claiming the ads with women were only part of a “test market campaign” and had been retired after running in June. The brand says it plans to use a different marketing strategy, and different packaging, for a nationwide rollout early next year.

"The 'pin-ups' advertising may have been eye-catching, but we're taking a totally new approach," Fairlife stated.