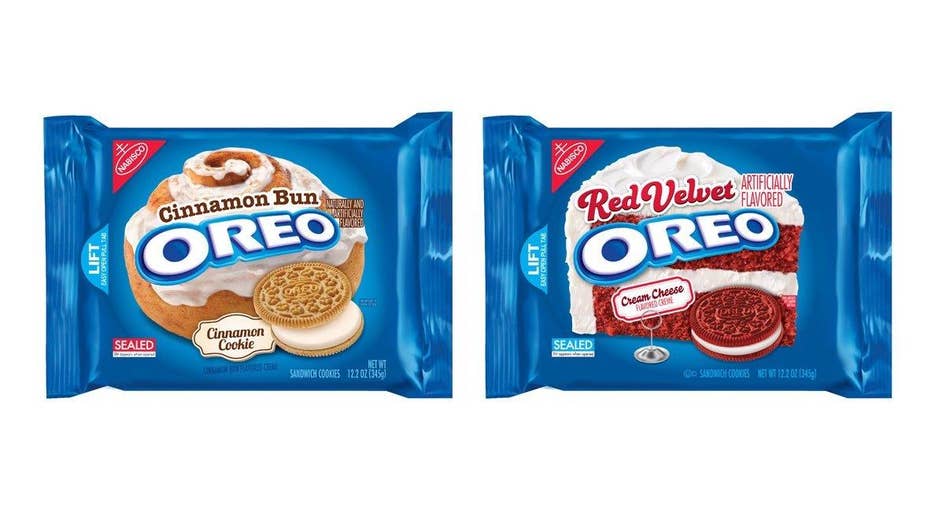 We tried Oreo's new flavor, and you should too

Oreo is at it again with two new limited-time flavors for fans to choose from.

Back in September we reported that Oreo was working on its latest flavor --Cinnamon Bun.  Well, after three months of waiting, the cookie is now available at stores nationwide.

Not only that. The brand is also bringing back Red Velvet Oreos –on sale this week just in time for Valentine's Day. Oreo also teased a third, unnamed limited-release flavor coming soon.

These and other creations are coming from something the company has dubbed The Wonder Vault. It's where all of the wild new flavors are dreamed up. (Check out Oreo's Wonder Vault promo below).

We got a taste of the Cinnamon Bun and Red Velet cookies and tried them out on our Chew on This panel.

The verdict: Zagat senior editor Kelly Dobkin says it still has the Oreo cookie filling with a buttery tasting cookie, but food and lifestyle expert Chadwich Boyd said the taste was more reminiscent of pie crust.

As far as the Red Velvet, Dobkin was more of fan while Boyd longed for the more traditional chocolate cookie with cream filling.  “I still need my cookies and cream,” he said.

The Wonder Vault promotion kicks off a year of speciality flavors that in the past have included Birthday Cake Oreo, and the S'mores Oreo.  The newest releases are on shelves now and sell for $4.49.