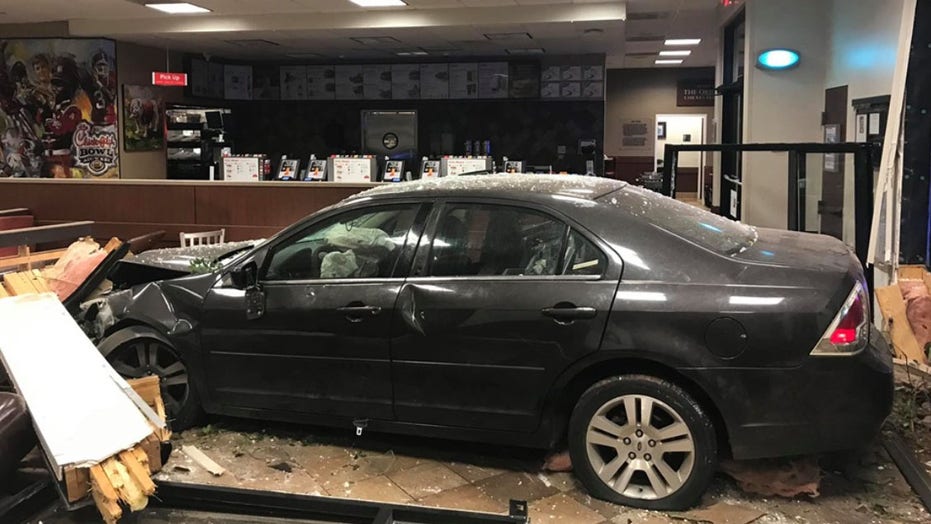 Chik-fil-A isn’t going to let something like “getting hit by a car” keep them down.

A suspect in an allegedly stolen car fleeing from police in Athens, Ga., smashed into a Chick-fil-A early in the morning on Tuesday. The car actually crashed through the front of the restaurant, which was fortunately mostly empty at the time.

The Athens-Clarke County Fire and Emergency Services Department shared photos of the incident on social media, showing the car sitting inside the restaurant’s lobby, surrounded by rubble and damaged tables. The suspect, a teenage girl, was taken into custody by police and sent to a nearby youth detention facility, Fox 5 reports. A second teenager was reportedly in the car at the time, and after being taken into custody by police, he was released to his parents.

Neither teenager was reportedly injured during the incident. At least one worker was in the building at the time, but they were also reportedly unharmed.

However, Chick-fil-A made the best out of a bad situation and after the accident, the restaurant put up their cow mascot standing in front of the damaged area holding funny signs directing cars to the drive-thru.

Apparently, it’ll take more than a car accident to stop Chick-fil-A from fulfilling their mission of getting everyone to “eat mor chikin.”

Chick-fil-A did not immediately return a request for comment.