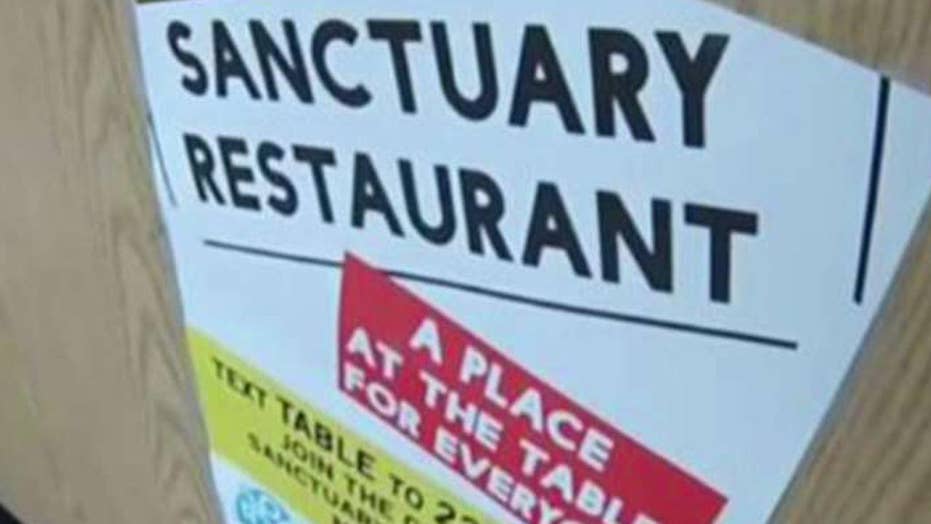 Chef José Andrés may have recently settled his lawsuit with the Trump Organization, but the restaurateur isn't done giving the president and his supporters a piece of his mind.

But instead of just tweeting at Trump, this week, the Spanish-born chef released a new rap song, urging the president to consider passing some type of immigration reform.

"America wants you to pass immigration reform," Andres raps to a slow beat. "To take care of every single man living in American soil..."

Yo! I made a rap song in #AutoRap by #Smule, and it's awesome. Listen to it here: https://t.co/JX5Kv3MJGi @realDonaldTrump

Andrés has restaurants in six different cities across the U.S., but his busy schedule didn’t stop the chef from writing this little ditty, hot on the heels of squashing a two-year legal battle with the Trumps.

The dustup between the chef and the President began in July 2015, after Andrés’ decided not to open a restaurant planned for the Trump International Hotel in Washington, D.C., citing then candidate Trump’s controversial remarks about Mexican immigrants; all of which led to a $10 million lawsuit filed by the Trump Organization for breach of contract. Andrés countersued in October 2015, seeking $8 million.

Although the terms of the recent settlement are confidential, the two issued a joint statement, in which Andrés said, “I am pleased that we were able to resolve our differences and move forward corporately, as friends...Going forward, we are excited about the prospects of working together with the Trump organization on a variety of programs to benefit the community.”

But by the sound of his latest effort to appeal to the president, it doesn't sound like the chef is ready to drop the issue entirely.

In case you’d like to sing along, here's the main verse:

America wants you to pass immigration reform
To take care of every single man living in American soil
Every single woman contributing to bring food to your plate
Every single person who works hard under the American sky
As Americans, we are one

Andrés has reportedly enlisted a couple of his buddies, including French chef Eric Ripert and “Parts Unknown” host Anthony Bourdain to record songs of their own -- but neither culinary personality has released a sample of their music skills just yet.