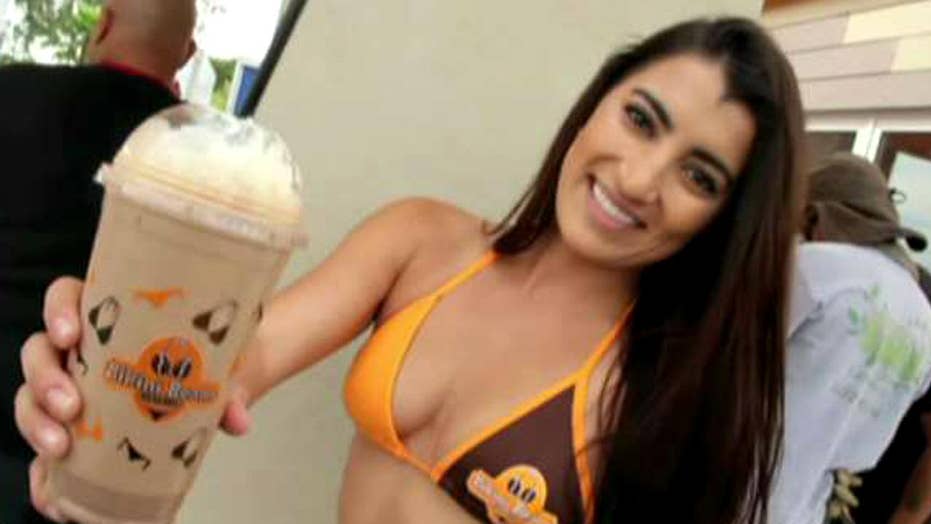 Bikini baristas, once again, are calling out the city of Everett, Wash., for trying to cover them up.

PHOTO OF HOTEL COFFEE MAKER ALLEGEDLY SHOWS FUNGUS, MOLD: 'THIS IS WHY YOU CHECK'

Showcase Coffee, which has been embroiled in a battle with the city over how much they can and cannot expose, reportedly posted a sign outside their store slamming the city a month after a U.S. Circuit Court of Appeals overturned a lower court judge’s decision to block Everett from imposing a dress code for businesses.

“Everett is more worried about bikinis than drugs and our homeless crisis,” the sign read, KING5 reported.

Showcase Coffee did not respond to Fox News’ request for comment, but Alysha Rathe, a bikini barista at competing chain XO Espresso, said the company is getting support from the industry.

"They are trying to make a broad point out of it because there is a lot more going on in the city of Everett," Rathe said to KING5, claiming that the ruling is also “partially violating our rights.”

Bikini baristas in Everett have fought back hard against the dress code, which would force them to wear at least a tank top down to the midriff and shorts that extend to at least the fingertips.

Though the baristas are clearly upset by the court’s decision, others in the community have reportedly embraced it.

"The city adopted these ordinances to address criminal and other harmful conduct that has occurred at bikini barista stands over many years,” the city of Everett said in a statement.