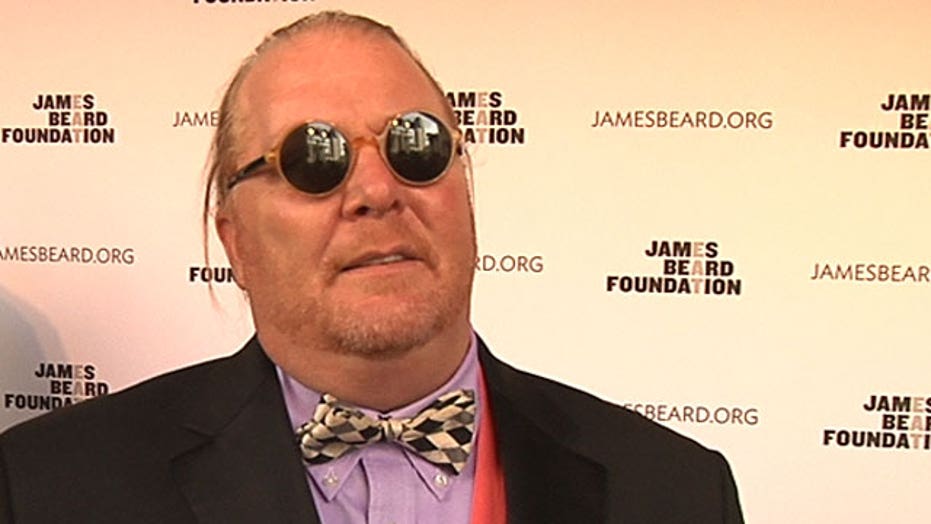 Can you taste the “Sounds of the City”?

You could if you were at the James Beard Foundation Awards Monday night.

The relationship between food and music was the theme of the annual “Oscars of the Food World,” held at New York’s Lincoln Center, and there were heaping portions of both on the menu as some of today’s most successful chefs discussed the role music has played in their careers.

“There’s never dead air in my kitchen when I’m cooking,” said the master of ceremonies, Ted Allen of the Food Network.

And what gets him cooking.

“Anything from The National, Arcade Fire, Talking Heads, Tony Bennett, Frank Sinatra, Mozart – I love music so much,” Allen said.

Country superstar Trisha Yearwood, a three-time Grammy Award winner and author of two best-selling cookbooks, explained why cooking has such a special place in her heart.

“It’s something that I’ve always loved to do and I never dreamed that it would end up being a second career,” said Yearwood, who was a presenter at the event.

“I’m not a trained chef and I don’t pretend to know more than I know, and I think, hopefully, I’m encouraging people who don’t think they can cook that it doesn’t have to be hard.”

Among the stars on hand were Cooking Channel’s Debi Mazar and Gabriele Corcos, Travel Channel’s Andrew Zimmern of “Bizarre Foods” and restaurateur Todd English. Even former New York Mayor Michael Bloomberg came out to show his appreciation for the edible arts.

The James Beard Foundation recognizes top chefs nationally by region and by the restaurants they run, along with wine and spirits professionals, food journalists and cookbook authors. The Awards are considered by many to be the highest culinary honor in America.

Among the honorees this year was pastry chef Dominique Ansel, creator of the Cronut, who took home the Outstanding Pastry Chef Award. Ansel, who will be coming out with his first cookbook later this year, said he is just getting started with his unique sweet treats.

In addition to food mashups, cocktails and beer have taken greater prominence in the food industry. The winner of this year’s Outstanding Wine, Beer or Spirits Professional went to Garrett Oliver of Brooklyn Brewery.

“I’ve never really won anything in my life, so this is a big honor,” the gastropub whiz said. “Especially to be recognized by my peers and people that inspire me every day. New York … just inspires me.”

The Rising Star of Year Award was shared by Jimmy Bannos Jr. of The Purple Pig in Chicago and Blaine Wetzel of The Willows Inn on Lummi Island in Washington State.

Last year’s winner, Momofuku chef David Chang, was inducted into the James Beard Foundation’s Who’s Who of Food and Beverage in America.

Chang, famous for his unusual creations, said he doesn’t pay attention to crazy new food fads, but he looks out for “what’s most delicious.”