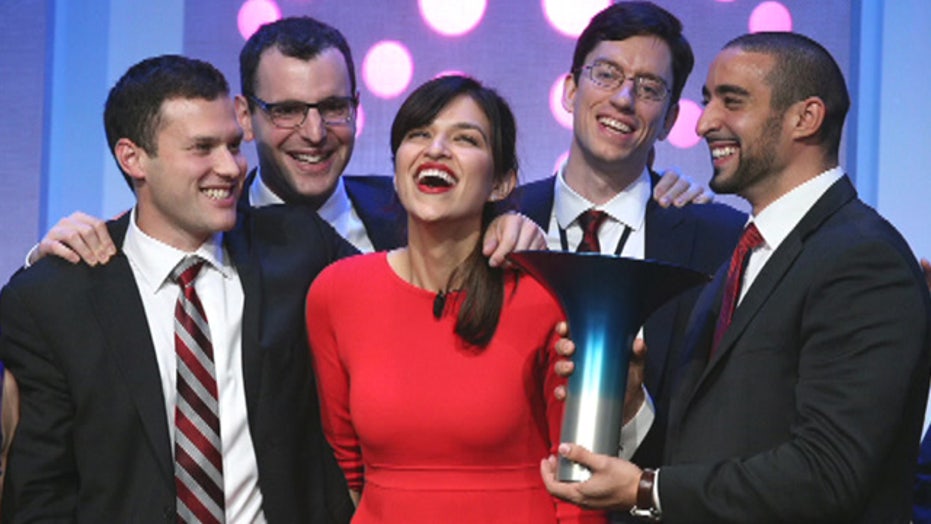 Are insects the solution to the global food crisis?

Aspire Food Group has developed an efficient, sustainable source of protein that includes fortified flour including a mix of ground cricket powder. Find out how students from McGill University won the million dollar Hult Prize to continue their project

Aspire Food Group says it has developed an efficient, sustainable source of protein: bugs. The company, which was started by students at McGill University in Montreal, Canada, they just won the million dollar Hult prize.

Each year, students from 150 countries compete in the international competition. This year teams were asked to come up with innovative start-ups targeting the urban slums and fixing the food crisis.

"Over 2.5 billion people in the world who consume insects as a regular part of their diet and of those over 140 million live in urban slums"

"There is over 2.5 billion people in the world who consume insects as a regular part of their diet and of those over 140 million live in urban slums,” said Ashour. “So it was never a question of establishing demand. What really became our challenge is how do we ensure that they are getting adequate supply of these nutritious insects in their diets.”

Ashour says one of the pilot projects is in Mexico, where they are focusing on grasshoppers.

"You have a seasonal market for grasshoppers. Grasshoppers are only available for three months out of the entire year, and when they are available they are painstakingly hand harvested, which makes them very expensive. So our solution is to empower urban and rural farmers to farm insects on a year around basis,” said Ashour.

“By doing so, we ensure stable access to the supply of insects and cut through the seasonality problem, and that allows us to distribute insects to the people who need it the most, who happen to live in the urban slums, and in the case of Mexico, the largest urban slum in the world."

The team looked at the various health aspects of eating insects. Team member Shoobita Soor explained how their project improved the health of Mexicans.

"We've looked at the species of edible insects around the world and they don't have the vectors necessary to pass on pathogens from insects to humans, so there aren't really that many health risks,” said Soor. “In fact, the way insects are currently processed in some countries, for example in Mexico, are in pots that are lined with paint, which contains led, and so if we can take over some of that processing, then we can do it in a much safer way.”

Aspire Food Group is rolling out fortified products and they are increasing the awareness of the nutritional value insects carry, explaining why it is beneficial to add them to people's diets.

The focus is on products locally available. In Mexico, that means insects are added to corn flour to provide a good source of protein.

"One important thing to recognize is that insects, while widely consumed, aren't always consumed in the same variety. So in Mexico, grasshoppers are largely traditional food, while in Kenya, the insect of choice is cricket,” said Ashour.

The group has partnered with over 500 urban farmers in Mexico and will use some of the prize money to start farming insects year-round.  The project not only feed people who are part of the program, but also increases their monthly income by up to 60 percent. The team hopes to expand to parts of Africa in the future.

The Hult Prize invites students from around the globe to solve the world's most pressing issues. Through crowdsourcing, training, mentorship and funding, the competition seeks to launch the next wave of social entrepreneurs. Next year's theme is health care.
Listen to the full interview above.