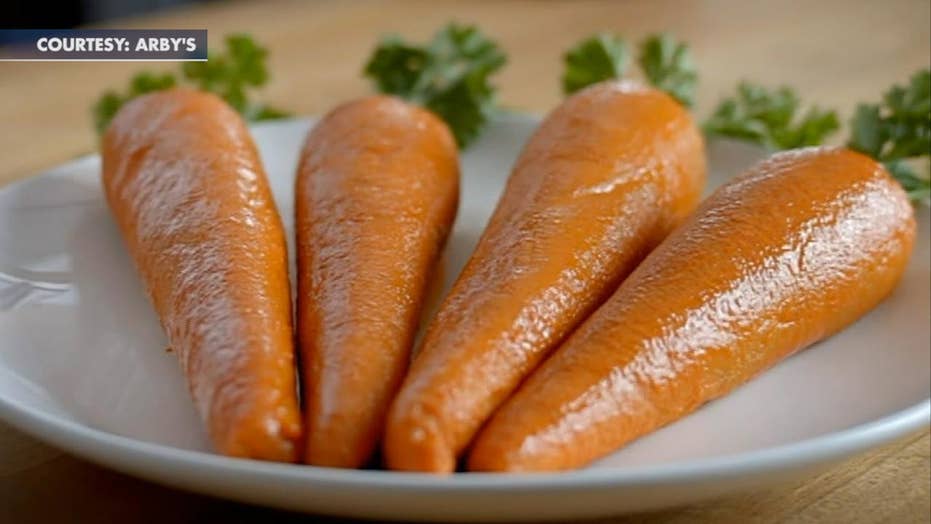 Arby's unveils 'Megetables'; Americans are drinking along to the Democratic debates

Morning Business Outlook: Arby's takes aim at the meatless phenomenon taking over the fast-food industry by creating a meat-based carrot called the 'Marrot'; Some people across the country have created a drinking game to make the Democratic debates extra interesting.

Arby’s may have the meat, but don’t ask them where the beef is.

While campaigning in front of an Arby’s in Des Moines, Iowa, Mark Sanford held up a sandwich and asked “where’s the beef on that promise?” in reference to President Trump and the border wall. Unfortunately, it seems that the former South Carolina governor may have mixed up his fast-food slogans.

When a Twitter user posted footage of the presidential candidate asking where the beef was, Arby’s responded. Instead of telling him the location of the beef, they went in a different direction.

The restaurant posted, “Sir, this is an Arby’s.”

To clarify, “Where’s the beef” was a phrase made popular by the fast-food chain Wendy’s in the ‘80s. Meanwhile, Arby’s is known for their catchphrase, “We have the meats.”

It’s unclear if Sanford was attempting to reference the fast-food slogan or if this was just an accident.

Sanford announced in early September that he would be running for the Republican presidential nomination, officially challenging Trump in the GOP primaries.

Sanford made headlines in 2009 when he disappeared for nearly a week while still serving as governor. While his spokesperson claimed that Sanford was hiking on the Appalachian Trail, Sanford later admitted that he had been in Argentina having an extramarital affair.

Meanwhile, a spokesperson for Arby’s admitted that they had “a lot of fun with this Tweet.”

In a statement obtained by Fox News, a spokesperson for Sanford said the governor did not mean to insult the fast-food chain.

"The Governor stands by his belief in the amount of roast beef found in his beloved half-pound Beef ’N Cheddar from Arby’s. Arby’s should take the compliment! As you may know, the Beef ’N Cheddar combines a heavy layer of cheddar cheese sauce, roast beef and his own application of Arby’s sauce to make for one of the Governor’s favorite food sources. Though he means no disrespect to some of his other favorites found at Wendy’s, McDonald’s, and Taco Bell."