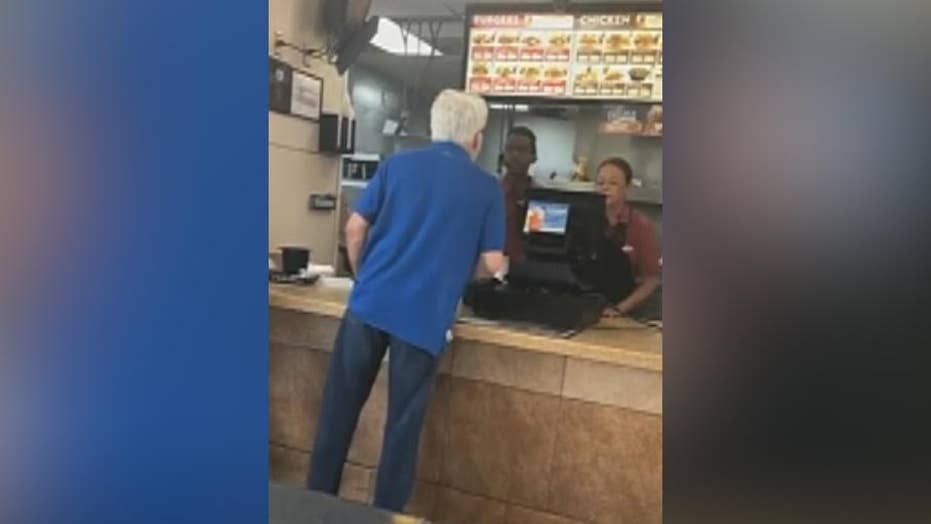 Texas man: I’ll ‘buy you a ticket back to Mexico’

A Texas man was caught on camera telling a Jack in the Box employee that he’ll buy her a ticket ‘back to Mexico’ after an altercation over a coupon.

A customer at a Jack in the Box in Manvel, Texas, was filmed telling an employee he was going to buy her a “ticket back to Mexico” after she refused a coupon from the man’s son.

According to Lupita Rangel, the woman who recorded the incident, the altercation began because the employee denied the man’s son a free burger he was trying to get as part of a promotional deal, CNN reported.

“Buy a bus ticket back to where ever you came from. I want you fired out of here,” the man says in the start of the video.

The man was angry his son was told no, which he tells another employee saying “we came to order here. She told my son ‘no.’”

“She lied her ass off,” the man continues, referring to the employee telling his son he could not use the coupon.

Rangel, who identifies as Hispanic, said she was highly offended by what the man was saying – as was her nine-year-old daughter.

“It's inappropriate, that language is not acceptable for children that are there, because there were more families than us that have children,” the little girl said to CNN.

In the video, the man tells the employee – who he says is named Maria – she’s “going to get fired,” before storming out of the restaurant saying he was going to “buy [her] a ticket back to Mexico.”

Rangel posted the video on Facebook and she said she hopes it will help people “accept people for who they are and understand that this country is made up of so many different cultures.”

Jack in the Box did not immediately respond to Fox News’ request for comment.